Bangladesh bowler Ebadot Hossain was seen clapping for Virat Kohli after being hit for a boundary on the first day of the second Test in Kolkata. 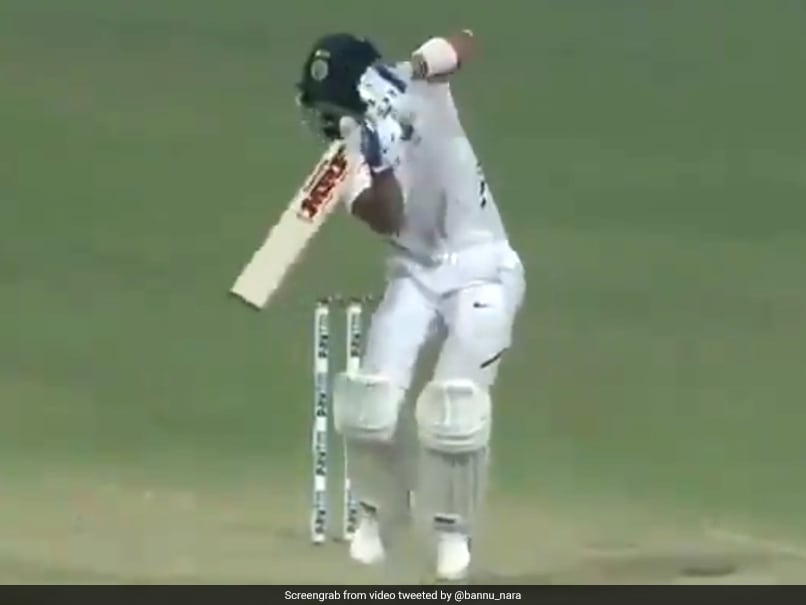 Virat Kohli was not out on 59 at stumps on Day 1.© Twitter

Virat Kohli leads India by example on many occasions and earns praise from not only his teammates but from the opposition players as well. The Indian skipper charmed social media again after a video of Bangladesh bowler Ebadot Hossain applauding Virat Kohli's well-timed cover drive went viral on Twitter. The incident happened during the first day of the second Test -- the first-ever pink ball Test for India and Bangladesh -- at the Eden Gardens in Kolkata on Friday.

After dismissing Rohit Sharma and Cheteshwar Pujara for 21 and 55 respectively, Ebadot Hossain was seen clapping for Virat Kohli after being hit for a boundary on the fourth ball of the 17th over.

The Indian captain timed the shot with the middle of his bat to delight the Kolkata crowd with a classic cover drive.

Besides the crowd, Ebadot too couldn't resist applauding the right-handed batsman.

Kohli was not out on 59 at stumps on Day 1 with Ajinkya Rahane unbeaten on 23 as India reached 174/3, leading Bangladesh by 68 runs. He scored eight boundaries in his 93-ball knock.

Earlier, Al-Amin Hossain gave Bangladesh an early breakthrough with the wicket of Mayank Agarwal in the fifth over.

Ishant Sharma claimed a five-wicket haul to help the hosts bowl out Bangladesh for 106 inside 30.3 overs.

Umesh Yadav and Mohammed Shami shared five wickets among them in India's impressive debut in the day-night Test cricket.

Opener Shadman Islam was the highest run-scorer for Bangladesh with 29 runs as they lost eight of their batsmen for a single digit score.