All-rounder Shivam Dube's high backlift impressed some fans who think the youngster can be the next Yuvraj Singh. 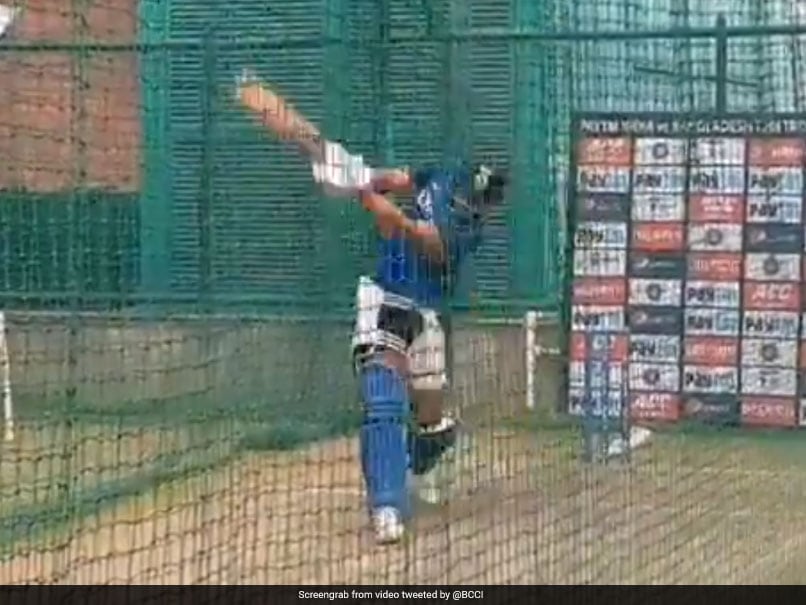 Shivam Dube earned his maiden Twenty20 International (T20I) call-up for the India vs Bangladesh series, slated to get underway from Sunday in New Delhi. Dube earned his place in the T20I squad at the back of some brilliant performances in domestic cricket. Ahead of the India vs Bangladesh 1st T20I, a 20-second video of Shivam Dube's practice session, left fans ecstatic. Shivam Dube was seen going all-out in the practice session where he displayed his high backlift while playing some shots. His backlift was similar to that of former India all-rounder Yuvraj Singh and some fans felt "Dube can be the next Yuvi".

All-rounder Dube can also bowl spin, something which Yuvraj Singh used to do on part-time basis.

Does he give you a glimpse of Yuvi in his Stance

Reminded me of Yuvi a bit

That high back lift... #Yuvi

With fans already impressed with the southpaw's show in the nets, it still remains to be seen if he can earn his maiden T20I cap, when India host Bangladesh later in the day.

The Mumbai all-rounder had hit five consecutive sixes in a Ranji Trophy match in 2018 which helped him to earn a place in the Royal Challengers Bangalore (RCB) franchise for the Indian Premier League (IPL).

He was bought by the Bengaluru franchise for Rs. 5 crore. However, he failed to make a mark in his debut IPL season in 2019.

Dube averages 48.19 in first-class cricket. He has scored 1,012 runs with two centuries and seven half-centuries to his name. He also holds an impressive strike-rate and can come handy in the shortest format of the game.

Yuvraj Singh Shivam Dube Cricket
Get the latest updates on SA vs IND 2021-22, check out the Schedule and Live Score . Like us on Facebook or follow us on Twitter for more sports updates. You can also download the NDTV Cricket app for Android or iOS.