India vs Bangladesh: Gautam Gambhir Hopes For India-Bangladesh Day-Night Test To Be Competitive

Gautam Gambhir said that it will be interesting to see how the pink ball behaves in the first-ever day-night Test between India and Bangladesh. 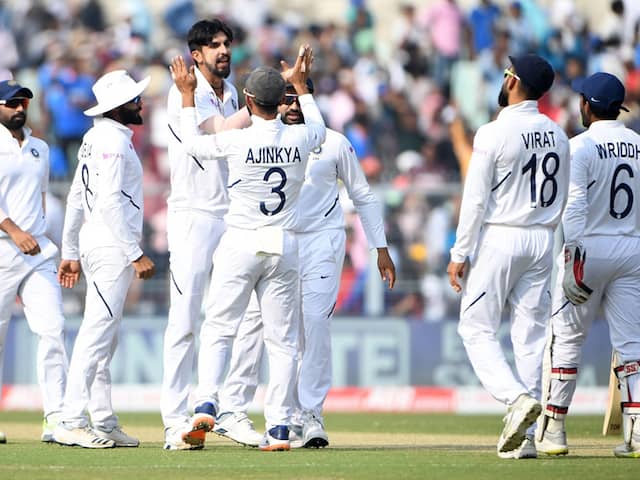 India and Bangladesh are playing the second Test of the series at Eden Gardens in Kolkata.© AFP

BJP lawmaker and former cricketer Gautam Gambhir on Friday said that it will be interesting to see how the pink ball behaves in the first-ever day-night Test between India and Bangladesh. "There is a lot of excitement for the day-night Test. The good part is it is happening for the first time in India. It will be interesting to see how the SG pink ball behaves. I hope it will be a good game and Bangladesh would be able to compete," Gambhir told ANI.

India and Bangladesh are playing the second Test of the series at Eden Gardens in Kolkata. The visitors' won the toss and elected to bat.

When asked about the challenges with the pink ball he said it will be challenging for batsman initially but once they get their eyes set, it will get easier.

"You won't get an experience of pink-ball unless you play with it. It is a matter of about 15-20 minutes while you are batting then you get used to it. In bowling, it will not bring any change. There can be issues while fielding in catching the ball. The biggest factor will be the dew and how they handle it," Gambhir said.

India didn't change their winning eleven from the last game while Bangladesh introduced Al-Amin and Nayeem Hasan in place of Taijul Islam and Mehidy Hasan Miraz.

This is the second Test of the two-match series against Bangladesh and will be played under lights with a pink ball. On the historic day of cricket, dignitaries from all walks of life have come to the iconic Eden Gardens stadium to witness the match.

India won the first Test in Indore against Bangladesh by an innings and 130 runs after clinching the T20I series.

The teams are as follows for the second Test:

Gautam Gambhir India vs Bangladesh Cricket
Get the latest Cricket news, check out the India cricket schedule, Cricket live score . Like us on Facebook or follow us on Twitter for more sports updates. You can also download the NDTV Cricket app for Android or iOS.