Gautam Gambhir revealed that it was MS Dhoni who reminded him of being so close to the personal landmark, which in turn led to him playing a rash shot and get out. 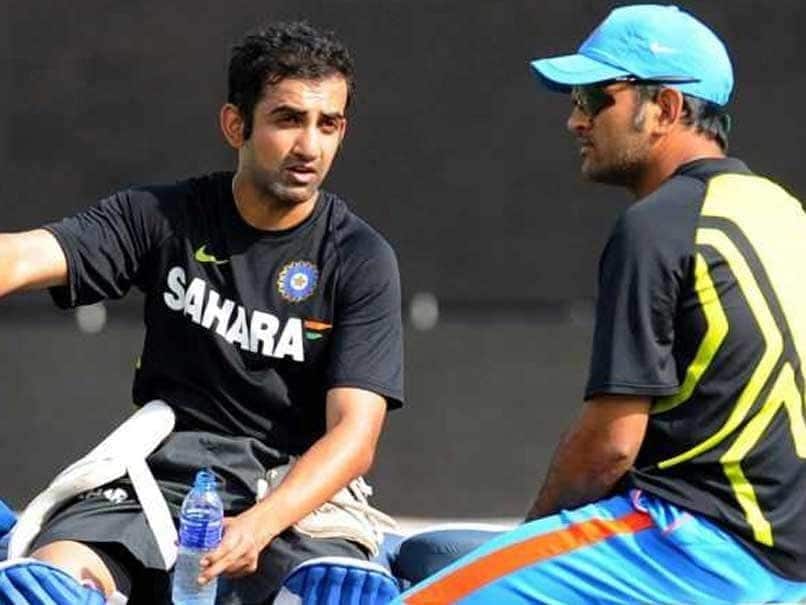 Gautam Gambhir's 97 off 122 balls in the final of the 2011 World Cup was crucial to India winning the coveted trophy for the first time since 1983. India were in a spot of bother at 114/3 when Gambhir was joined by skipper MS Dhoni, and the two added 109 runs for the fourth wicket to pave the way for a famous victory. Gambhir's knock drew as much intrigue as admiration due to the fact that he fell just three runs short of a century in a World Cup final. Gambhir, who retired from all forms of cricket in December 2018, has now revealed that it was Dhoni who reminded him of being so close to the personal landmark, which in turn led to him playing a rash shot and get out.

"I have been asked this question many times, as to what happened when I was on 97. I tell everyone that before getting to 97, I never thought about my individual score, but only looked at the target set by Sri Lanka," Gambhir said in an interview with Lallantop.

"I remember that after the completion of one over, Dhoni told me that 'three runs are remaining, get these three runs and your hundred would be completed'," he said.

Gambhir said that after those words from the skipper, he started to think about his individual score.

"When your mind suddenly turns to your individual performance, individual score, then somewhere you have a rush of blood. Before that moment, my target was only to chase Sri Lanka's target. If only that target remained in my mind, maybe, I would have easily scored my hundred," said Gambhir, who was bowled by Thisara Perera for 97 while attempting a slog.

"Till I was on 97, I was in the present. But as soon as I thought that I am just three runs away from getting a hundred, the rush of blood caused by the desire to get to a hundred took over.

"That's why it's important to remain in the present... When I was walking back to the dressing room after being dismissed, I said to myself that these three runs would trouble me for the rest of my life and that is true. Even to this day, people ask me why I couldn't get those three runs," Gambhir said.

Gautam Gambhir
Get the latest updates on ICC T20 Worldcup 2022 and CWG 2022 check out the Schedule, Live Score and Medals Tally. Like us on Facebook or follow us on Twitter for more sports updates. You can also download the NDTV Cricket app for Android or iOS.