Gautam Gambhir has asked wicketkeeper-batsman Sanju Samson to grab the "long overdue" opportunity with both hands. 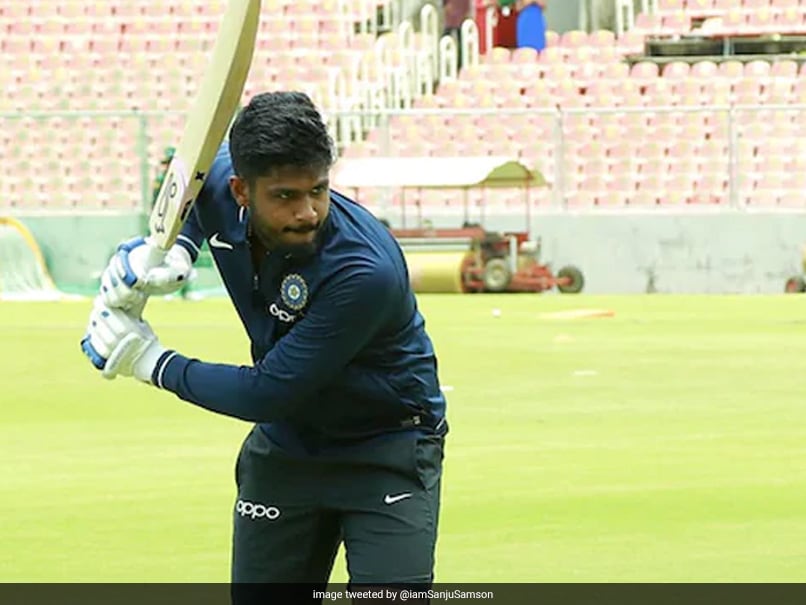 Sanju Samson has represented India in one T20I game against Zimbabwe in Harare in 2015.© Twitter

Former Indian cricketer Gautam Gambhir is elated with the selection of Sanju Samson for the upcoming three-match T20I series against Bangladesh and has asked the wicketkeeper-batsman to grab the "long overdue" opportunity with both hands. "This is well and truly through the gap by Sanju Samson!!! Congratulations on being picked in the T20I squad. Soft hands, nimble feet and hopefully a sane head...go Sanju grab your moment, long overdue," Gambhir tweeted on Thursday.

Gambhir has been, for long, advocating for the selection of the Kerala batsman into the national squad.

Samson's name has been doing the rounds in recent times and with the World T20 up next year, the team management as well as the selectors are looking to keep options open as Rishabh Pant is yet to cement his place in the team in the limited-overs format.

The fact that Samson stole the headlines with a brilliant double century against Goa in the ongoing Vijay Hazare Trophy also helped his case.

"Well done Sanju Samson on a double hundred in a domestic one-day game!!! This man is bursting at seams with talent and talent must meet opportunity very soon," Gambhir had tweeted after Samson's 212-run knock against Goa in the Vijay Hazare Trophy.

The three-match series between India and Bangladesh begins on November 3 and will be followed by a two-Test series which starts on November 14.

Sanju Samson Cricket
Get the latest updates on IND vs NZ 2021, check out the Schedule and Live Score . Like us on Facebook or follow us on Twitter for more sports updates. You can also download the NDTV Cricket app for Android or iOS.