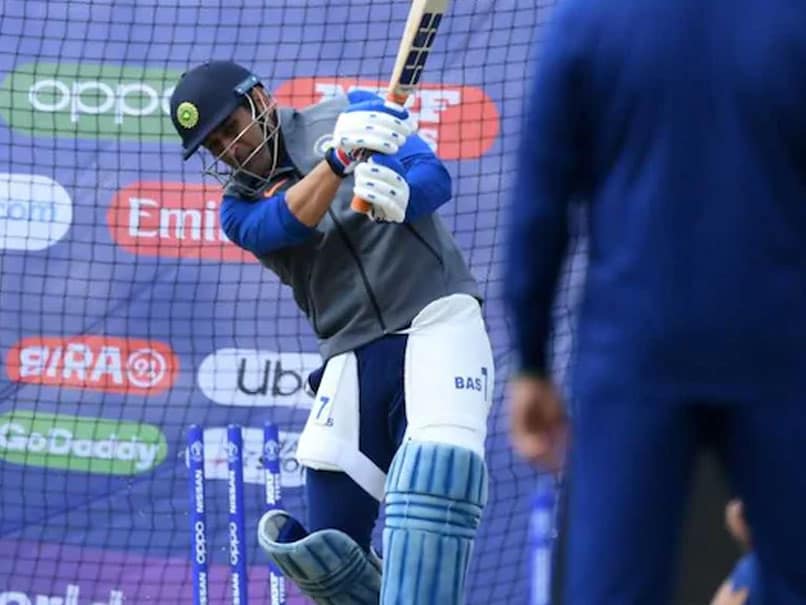 MS Dhoni's future with the Indian team has been the talk of the town ever since it was revealed that he will be taking a two-month sabbatical post the World Cup 2019. Even after his break got over he was not included for Twenty20 International (T20I) series against South Africa and Bangladesh which led to further speculation regarding his retirement. However, a recent video which is doing rounds on the internet will come as a sense of relief to all Dhoni fans who desperately want to see him back in the team. The viral video shows the 38-year-old former India skipper facing net bowlers at the JSCA International Stadium Complex in Ranchi.

Retweet if you can't wait to see him back!#Dhoni #MSDhoni #Ranchi #JSCA pic.twitter.com/2X6kbQNYMG

However, Dhoni, despite resuming training after a long break, remains unavailable for India's next limited-overs assignment.

"He is not available for the West Indies series," a BCCI official told PTI on Friday.

Haaaaash.... Sigh of relief for millions of fans

Waiting for thala come back

After India's exit from the World Cup 2019, Dhoni hasn't played a single match. He initially announced a two-month sabbatical to serve his Territorial Army unit in Kashmir which led to selectors leaving him out of the T20Is and One-day International (ODI) series against the West Indies away from home.

However, after Dhoni's break ended chief selector MSK Prasad said they are "moving on" and will be grooming Rishabh Pant as the first-choice wicket-keeper with an eye on the future.

Prasad even said that Dhoni is on board with their decision of backing young wicketkeeper-batsman Pant.

However, Sourav Ganguly speaking to reporters after being elected as the president of the Board of Control for Cricket in India (BCCI), acknowledged Dhoni's contribution to Indian cricket.

Ganguly, under whom Dhoni made his international debut, had said that "champions don't finish very quickly".

India's next limited-overs series is against the West Indies who will be visiting the country for three T20Is and as many ODIs.

MS Dhoni Sourav Ganguly Cricket
Get the latest updates on IND vs NZ 2021, check out the Schedule and Live Score . Like us on Facebook or follow us on Twitter for more sports updates. You can also download the NDTV Cricket app for Android or iOS.