MS Dhoni's future has been the topic of many a debate since he took a sabbatical from the Indian team after the World Cup. 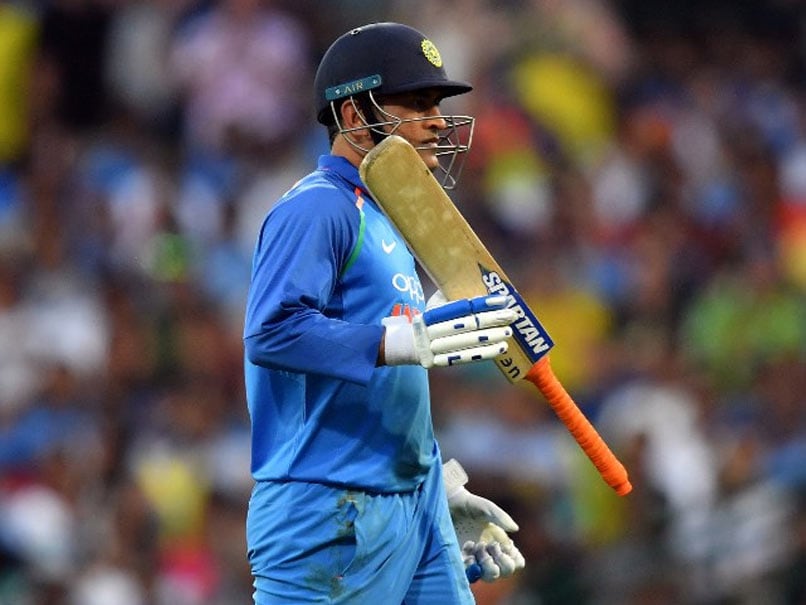 MS Dhoni is on a sabbatical from cricket since India's World Cup exit in the semi-finals against New Zealand in Manchester on July 9. The 38-year-old former India captain missed India's away tour of the West Indies and the home series against South Africa, before not being picked for the upcoming month-long series against Bangladesh. Amidst speculation over MS Dhoni's future, '#DhoniRetires' appeared on Twitter that infuriated fans of the World Cup-winning captain.

"Nooooo!!! Who strted this fake #DhoniRetires trends. He will definitely play T20," another user tweeted.

"Stop trending #DhoniRetires you idiots. He will announce it in  his time and we don't want him to retire right now," an aggrieved user wrote.

But instead of just venting their anger, Twitter users responded in the best way they can -- with memes.

Relax guys. Don't worry about #DhoniRetires , you will never be able to predict that , one day when you are unaware he will stump you out.#DhoniRetires

Got less bonus this #Diwali Okay! But #DhoniRetires

Reaction of Dhoni fans vs Dhoni haters when heard about #DhoniRetires pic.twitter.com/Sidxl4yQmC

Reaction of Dhoni fans Vs Reaction of Rishabh Pant when they come to know #DhoniRetires is now trending on twitter pic.twitter.com/03xtDlf2Mw

Recently, chief selector MSK Prasad said that the team has been focusing on Rishabh Pant for the wicketkeeper's role after the World Cup and that Dhoni was also on board with the idea of backing youngsters.

"We're looking at younger options after the World Cup, so you can understand our thought process. We definitely had a chat with Dhoni and he also endorses our view of backing youngsters," Prasad had said while announcing the squads for the Bangladesh tour.

"I don't know what's in his mind. India is very proud to have MS Dhoni. Till I am around everybody will be respected. Dhoni's achievements make India proud," newly elected BCCI President Sourav Ganguly told the press after he took office.