India vs Bangladesh: India have been overwhelming favourites whenever both the sides have met but Bangladesh have become an unpredictable side in the recent past. 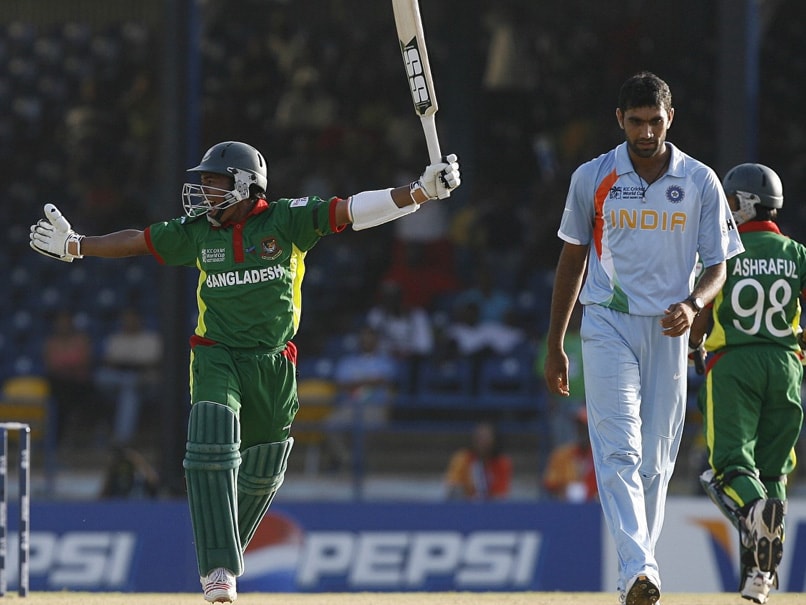 India were knocked out in 2007 World Cup by Bangladesh.© AFP

India are set to host Bangladesh in a three-match Twenty20 International (T20I) series followed by a two-Test series starting from November 3. While India have been overwhelming favourites across formats whenever both the teams have met, Bangladesh in the recent past have upped their game and become an unpredictable side. Ahead of the first T20I between India and Bangladesh at the Arun Jaitley Stadium in New Delhi on Sunday, here are top five most memorable matches between both the sides.

Tamim Iqbal (70) and Mushfiqur Rahim (61) starred for Bangladesh as they posted a competitive total of 264/7 after being asked to bat. In return, India's top-order of Rohit Sharma (123 not out), Shikhar Dhawan (46) and Virat Kohli (96 not out) made a mockery of the total as they chased down the target in 40.1 overs with nine wickets to spare.

India clinched a thrilling one-run victory in the group stage match against Bangladesh at the M Chinnaswamy Stadium in Bengaluru. Asked to bat, India scored 146/7 in the stipulated 20 overs with Bangladesh's Al-Amin Hossain and Mustafizur Rahman picking up two wickets each.

In reply, Bangladesh came agonisingly close to chase down the target but Hardik Pandya defended 11 runs required off the final over.

In a low-scoring thriller, India were bundled out for 105 runs after being put in to bat at the Sher-e-Bangla National Stadium in Dhaka. Fortunately for the visitors, Stuart Binny registered his best-ever ODI figures of 6/4 to bundle out Bangladesh for 58 runs as India won the match 47 runs.

In a major disappointment, Bangladesh knocked out India in the group stage of the 2007 World Cup. Opting to bat, India were bundled out for 191 runs with Mashrafe Mortaza picking four wickets for Bangladesh. In response, Tamim Iqbal (51) gave Bangladesh a strong start while Mushfiqur Rahim (56) and Shakib Al Hasan (53) played vital knocks to help their side chase down the target with nine balls to spare.

India thrashed Bangladesh by 87 runs in the group stage of 2011 World Cup. Virender Sehwag played a power-packed knock to score 175 runs off 140 ball which helped India post a total of 370/4 after being asked to bowl. In response, Bangladesh could manage only 283/9 on board as Munaf Patel picked up four wickets for India.

Bangladesh Cricket Team India vs Bangladesh Cricket
Get the latest updates on IPL Auction 2023 and check out  IPL 2023 and Live Cricket Score. Like us on Facebook or follow us on Twitter for more sports updates. You can also download the NDTV Cricket app for Android or iOS.