Ahead of the first T20I in Delhi, Bangladesh head coach Russel Domingo said that Shakib Al Hasan's ban will affect the visitors' performance in the upcoming series against India. 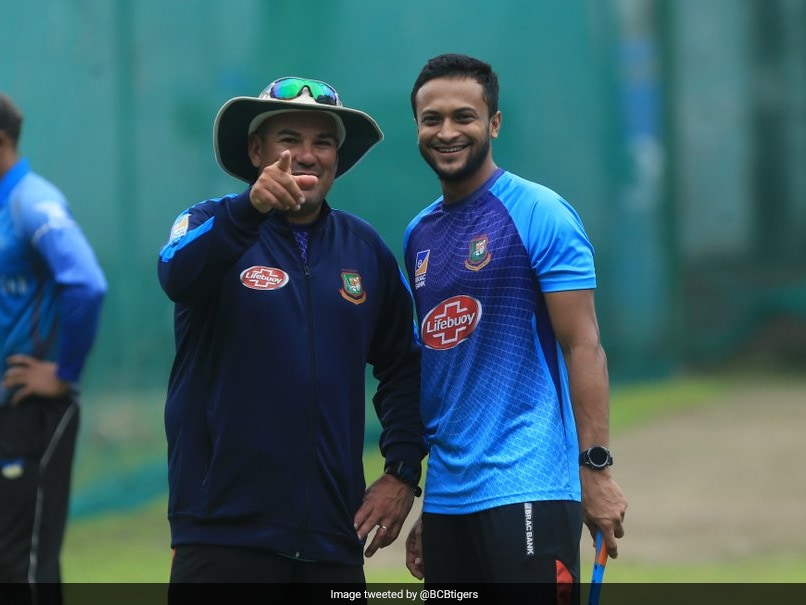 Bangladesh suffered a huge blow ahead of their tour to India when their premier all-rounder, Shakib Al Hasan, was banned by the International Cricket Council (ICC) for not reporting corrupt approaches. Ahead of the first Twenty20 International (T20I) of the three-match series against India, Bangladesh's head coach Russel Domingo said that Shakib Al Hasan's absence will affect his team's performance and it is difficult to replace a player like him. "There's not much we can control. Obviously it (Shakib's ban) affects the team's performance but we need to be focused on the series and the World Cup (T20)," he added.

Bangladesh's head coach highlighted that Shakib's unavailability will cause a selection headache for the visitors.

"He bats at No.3. Often, he opens the bowling, bowls first change, bowls four overs in every game, he is one of our leading batters. So you need to decide whether you replace the batsman or do you replace the bowler."

"Because you can't replace both as it is very difficult to get players who provide both skills. So you might find yourself short in some department and strengthened in one department," Domingo added.

Bangladesh's coach also explained that the final XI will be decided after the team management will assess the condition on the match day.

"It will depend on conditions. If the pitch is flat, we will have an extra bowler and if the pitch does a little, may be have an extra batsman. It is very difficult to fill Shakib's shoes but those available should try their best to get those numbers," he said.