India vs Bangladesh: Mahmudullah said that Bangladesh had a decent chance of winning the game but they lost wickets in quick succession. 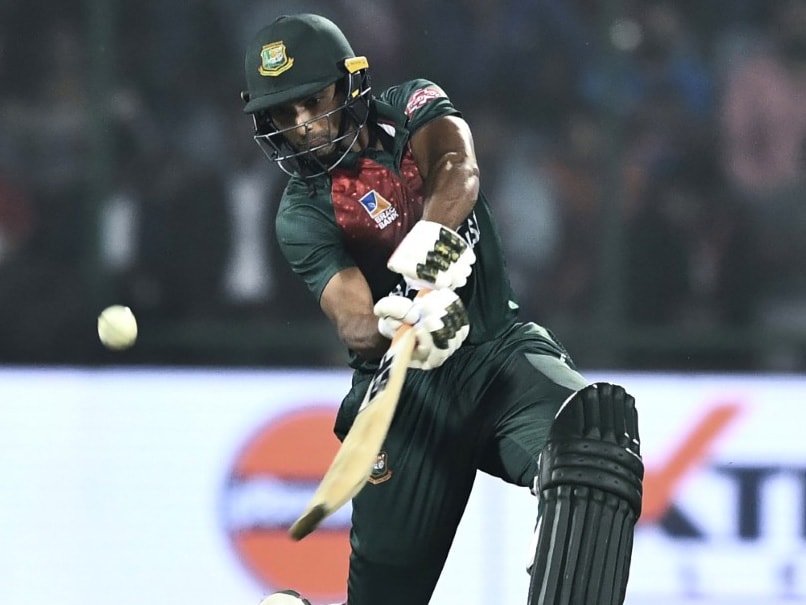 India vs Bangladesh: Mahmudullah said his side had a chance but they lost wickets in flurry.© AFP

Losing wickets rapidly cost Bangladesh dearly in thethird T20I against India in Nagpur on Sunday, said visiting skipper Mahmudullah. Chasing a target of 175, Bangladesh were all out for 144 despite being 110/2 in the 13th over. "I think we had a chance looking at the way (Mohammad) Naim and (Mohammad) Mithun built a partnership. But we lost wickets rapidly and that cost us the game," he said. Naim smashed 81 off 48 balls and put Bangladesh on cruise mode, sharing a 98-run stand with Mithun (27) for the third wicket.

But Bangladesh lost their way after Mithun was dismissed by Deepak Chahar in the 13th over. Chahar had earlier got two wickets and went on take a hat-trick to finish with figures of 6/7 -- the best ever in T20 internationals.

Mahmudullah, however, praised the efforts of the team, which missed two of their biggest stars in all-rounder Shakib Al Hasan and opener Tamim Iqbal. The series was tied 1-1 and Bangladesh would have recorded a first ever series win over India in the shortest format of the game had they pulled off a win.

"We needed 49 runs in 5 overs... We had a chance, but we missed it. It was good to see the efforts the boys put in. We could not finish well after winning the first game," he said.

Twenty-year-old Mohammad Naim, who made his debut in the series, ended up being the top scorer of the series with 143 runs in the three matches.

"I think he (Naim) is a very talented batsman. The way he built his innings was very calm and composed. Also, all the three seamers executed their plans and bowled really well in the series," said Mahmudullah.

Mahmudullah Mohammad Naim Vidarbha Cricket Association Stadium, Nagpur India vs Bangladesh Cricket India vs Bangladesh, 3rd T20I
Get the latest updates on ICC T20 Worldcup 2022, check out the Schedule and Live Score. Like us on Facebook or follow us on Twitter for more sports updates. You can also download the NDTV Cricket app for Android or iOS.