Rishabh Pant was hit on the helmet by Pat Cummins and the wicketkeeper was put under observation during the Australian inning. 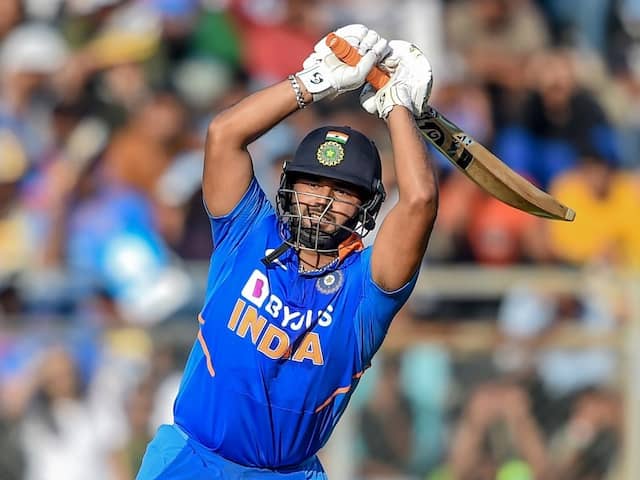 Rishabh Pant suffered a blow to the helmet while batting in the first ODI against Australia.© AFP

Rishabh Pant suffered a concussion after being hit on the helmet by a Pat Cummins bouncer that also got him dismissed in India's first ODI against Australia in Mumbai. When Australia came out to bat with India bowled out for 255, Rishabh Pant was not to be seen on the field. KL Rahul took the gloves behind the stumps, with Manish Pandey in the outfield. "Rishabh Pant has got a concussion after being hit on his helmet while batting. KL Rahul is keeping wickets in his absence. Pant is under observation at the moment," the Board of Control for Cricket in India (BCCI) tweeted.

Update: Rishabh Pant has got a concussion after being hit on his helmet while batting. KL Rahul is keeping wickets in his absence. Pant is under observation at the moment. #TeamIndia #INDvAUS pic.twitter.com/JkVElMacQc

"Rishabh Pant is under observation at the moment. His progress will be tracked overnight. A specialist has been consulted and an update will be given accordingly," the BCCI said in a release.

Pant was batting on 28 in the 44th over when Cummins bowled a shorter delivery that the left-hander tried to pull. The ball took a top edge and crashed into his helmet before looping to Ashton Turner at point.

There was confusion as the umpire did not signal Pant out, but after a long pause, he eventually raised the finger.

India made a strong start to the match, despite losing Rohit Sharma early, with Shikhar Dhawan and KL Rahul stitching together a 121-run stand.

But Australia came back through a flurry of wickets to pin India back at 164/5.

Pant and Ravindra Jadeja then rebuilt for India with a 49-run stand and a late flourish from Kuldeep Yadav took India to 255 in 49.1 overs.

If Pant is injured for the rest of the series, it will have to be seen if KL Rahul will take over wicketkeeping duties or if Sanju Samson, who played in the third T20I against Sri Lanka, will be slotted in.