Former India cricketer Aakash Chopra took on a Twitter troll and put him in his place for some uncharitable comments. 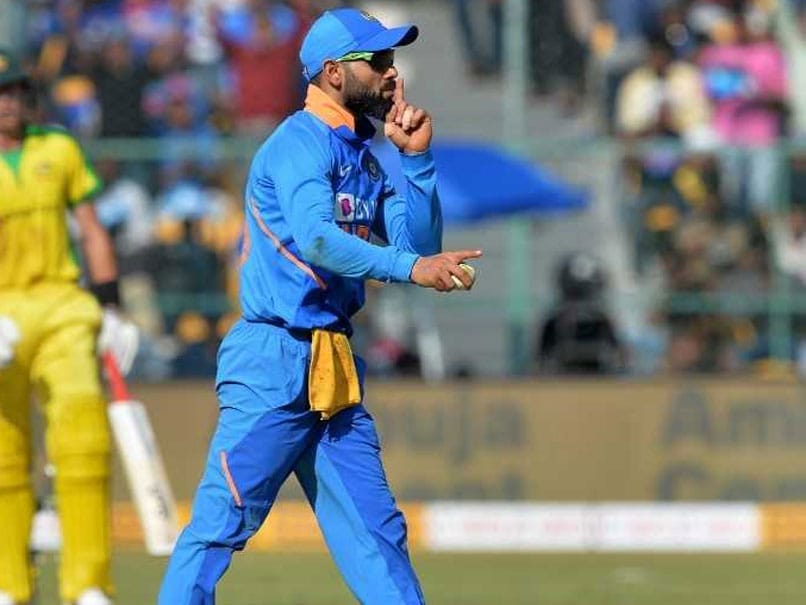 Virat Kohli took an exceptional catch to end Marnus Labuschagne's stay at the crease in the 3rd ODI.© AFP

Former India cricketer Aakash Chopra savagely shut down a troll who called him "Mr chamcha of Virat Kohli" on Twitter. The ex-India opener was called out by the user for tweeting in praise of Virat Kohli's catch but not doing the same when Manish Pandey took a stunning one-hander in the second ODI at Rajkot. In his reply, Aakash Chopra asked the troll to "get a life" and pointed out to him that he was doing commentary when Pandey took the catch and concluded by saying: "I don't tweet while commentating".

On Sunday, Virat Kohli produced an exceptional piece of effort in the field to dismiss the dangerous Marnus Labuschagne during the third and final ODI against Australia at the M. Chinnaswamy Stadium in Bengaluru.

The catch was all the more important as Labuschagne along with Steve Smith were threatening to cut loose and take the Australians to a big total. Kohli initially produced two fine saves to keep Labuschagne on strike and then followed it up with the exceptional catch to dismiss the Australian for 54.

Aakash Chopra was quick to tweet about the catch and pointed to Kohli's two fine fielding stops before the catch but that didn't seem to sit well with one Twitter user.

Sorry. I pledge to tweet on every great catch taken in 2020.
Get a life, dude. I was on commentary when Pandey ji took that catch and called it. And Praised it. I don't tweet while commentating. https://t.co/xVNikaQX4u

The catch proved crucial to India's cause as the hosts managed to keep the Australians down to 286 for nine in 50 overs despite a brilliant 132-ball 131 from Steve Smith.

India cantered in the chase, largely thanks to fine batting performances from Rohit Sharma and Virat Kohli. Rohit smashed his 29th ODI century while Kohli scored 89 off 91 balls as India reached the target with seven wickets in hand and 15 balls to spare.

Rohit Sharma India vs Australia 2020 India vs Australia, 3rd ODI Cricket
Get the latest updates on Fifa Worldcup 2022 and check out  Fifa World Cup Schedule, Stats and Live Cricket Score. Like us on Facebook or follow us on Twitter for more sports updates. You can also download the NDTV Cricket app for Android or iOS.