Rohit Sharma and Virat Kohli were in superb form as India made light work of Australia's total of 286 in the 3rd and final ODI, winning by 7 wickets with 15 balls to spare. 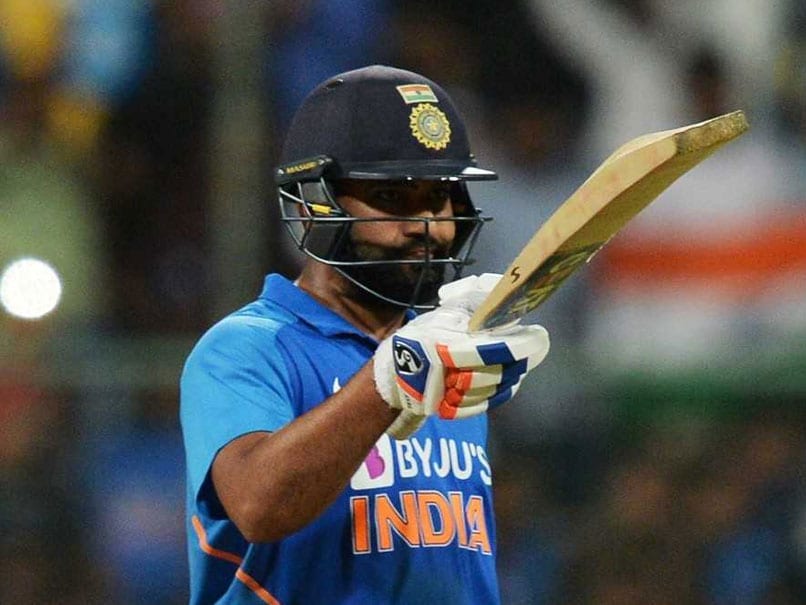 Rohit Sharma smashed a match-winning century as India beat Australia by seven wickets to clinch the three-match One-Day International (ODI) series 2-1 on Sunday. The right-handed opener's knock of 119 was crucial to India's cause after Australia had posted 286 for nine in their 50 overs. Rohit got the perfect support from India captain Virat Kohli, who scored 89 off 91 balls, as the hosts reached the target with 15 balls to spare. Former Pakistan pacer Shoaib Akhtar lauded the Indian team and Rohit Sharma, poking fun at the Australian bowlers by saying that the India opener beat them to a pulp.

"In Chinnaswamy, India bullied Australia, hammered them. India toyed around with Australia as if they were kids. They thrashed and humiliated them. When Rohit Sharma is on song, he doesn't care whether it is a good ball or a bad ball. He has so much of time, so much elegance when he plays his shots," Shoaib Akhtar said on his YouTube channel.

"Everything becomes easy for him, it comes very naturally to him. At a place like M Chinnaswamy, where it is conducive for batting, then Rohit Sharma becomes very ruthless. Usne maar maar ke bharta nikaal dia bowlers ka (He beat the bowlers to a pulp). He went after (Adam) Zampa, went after Mitchell Starc. The cut shot he hit was like the one Sachin (Tendulkar) hit me. Australia were annihilated today," said the former Pakistan pacer.

The series win was all the more impressive for India, having been thrashed by 10 wickets in the opening ODI in Mumbai -- Australia's biggest ever win over India in ODIs in terms of wickets.

The hosts bounced back in style by routing the Australians in Rajkot and produced another clinical performance in Bengaluru to avenge the last ODI series loss to Australia at home.

Virat Kohli India vs Australia 2020 India vs Australia, 3rd ODI Cricket
Get the latest updates on IPL Auction 2023 and check out  IPL 2023 and Live Cricket Score. Like us on Facebook or follow us on Twitter for more sports updates. You can also download the NDTV Cricket app for Android or iOS.