Highlights, Ind vs Aus 1st ODI: David Warner and Aaron Finch scored centuries as Australia thumped India by 10 wickets to go 1-0 up in the three-match series. 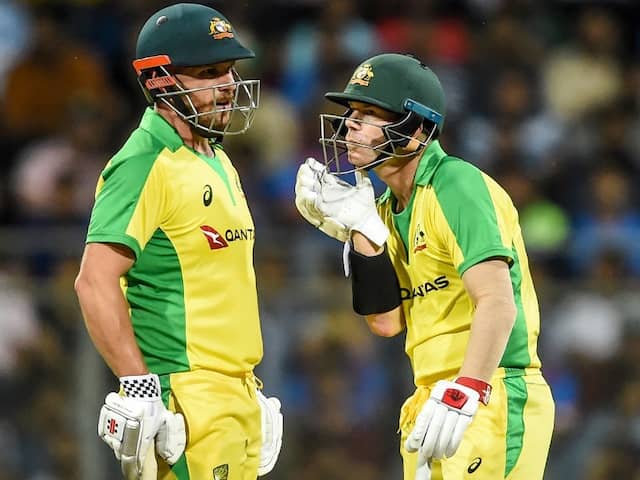 Unbeaten centuries from Australian openers David Warner (128 off 112 balls) and Aaron Finch (110 off 114 balls) helped the visitors beat India by 10 wickets in the first ODI at Wankhede Stadium in Mumbai on Tuesday. Chasing 256 to win, Australia openers got their side off to a flying start as they added 84 runs in the first powerplay. Indian skipper Virat Kohli tried all his bowlers but they all failed to give the team a breakthrough. Apart from his class batting, Warner was twice saved by the DRS and he made full use of the opportunity and scored his 18th ODI century. Australian skipper Aaron Finch also completed his 16th ODI hundred. The duo remained unbeaten till the end, helping Australia register an emphatic victory and take 1-0 lead in the three-match series. Earlier, Finch won the toss and invited India to bat on a flat Wankhede surface. Barring Shikhar Dhawan and KL Rahul all the Indian other batsmen struggled in front of superior Australia bowling attack. Dhawan was the top-scorer for the hosts with 74 runs while Rahul fell three short of his fifty. Their 121-run stand between Dhawan and Rahul and valuable contributions from the lower order helped India post 255 runs on board. (SCORECARD)

Wankhede India vs Australia 2020 Cricket India vs Australia, 1st ODI Live Score Live Cricket Score Live Blogs
Get the latest Cricket news, check out the India cricket schedule, Cricket live score . Like us on Facebook or follow us on Twitter for more sports updates. You can also download the NDTV Cricket app for Android or iOS.