Umesh Yadav Gets Trolled For Conceding 14 Runs In Final Over, Jasprit Bumrah Defends Him

Umesh Yadav was unable to defend 14 runs in the last over as India lost to Australia by 3 wickets in the first T20I. 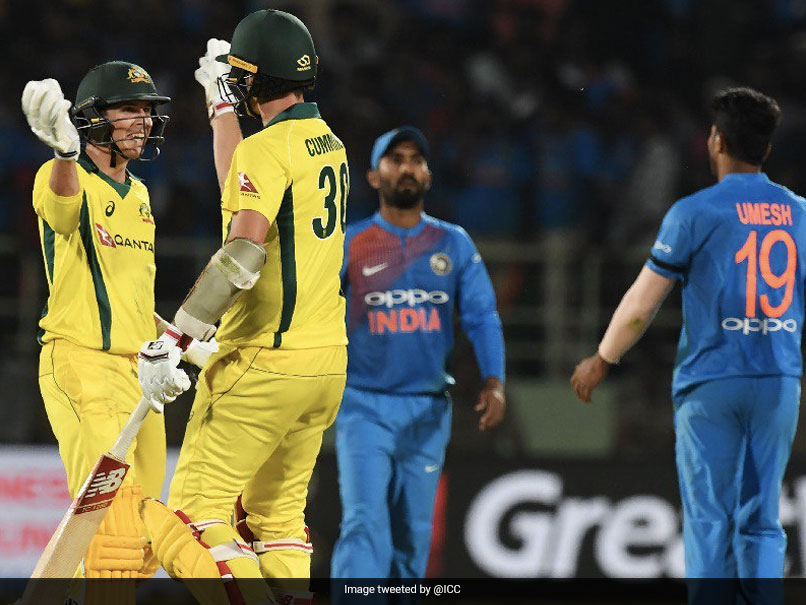 Umesh Yadav failed to defend 14 runs in the final over as India lost the first Twenty20 International (T20I) against Australia in Visakhapatnam on Sunday. Following a breath-taking spell of death bowling from Jasprit Bumrah in the penultimate over, Virat Kohli chose Umesh Yadav to bowl the last six deliveries. Umesh could not deliver under pressure as tail-enders Pat Cummins and Jhye Richardson led Australia to a three-wicket win in the last-ball thriller. Umesh was then brutally trolled on Twitter for his lacklustre effort.

When #Umesh Yadav gives advice to Bumrah how to bowl???? #Bumrah be like.... pic.twitter.com/Xgm3lNWJJo

Everyone : We are going to win this match
Umesh yadav :#INDvAUS pic.twitter.com/wil52s2TsR

While Umesh is being severely criticised, Bumrah, who conceded just two runs and took as many wickets in the 19th over of Australia's innings, defended his fellow pacer saying the plans don't always work during death bowling.

"You try your best, and you're clear in your execution. Some days it works, some days it doesn't. Nothing to be worried. We wanted to close the game in our favour but its okay," Bumrah said at the post-match press conference.

"It's a little different once you know your target. It was a small target, so once you hit one boundary then you don't need to take a lot of risks. At first, we are still figuring out what is the safe total so I think that was a difference maybe. They were rotating the strikes after hitting a boundary," Bumrah added.

Bumrah got Peter Handscomb caught behind for 13 and then bowled Nathan Coulter-Nile off the final ball of the 19th over to keep the game in balance before Umesh Yadav conceded 14 runs in the final over.

"Bumrah can do wonders with the ball when it is reversing and did exceptionally well to get us in the game," Virat Kohli said after the game.

The second and final T20I will be played in Bengaluru on Wednesday.

Jasprit Bumrah India vs Australia, 2018/19 Cricket New Zealand vs India, 3rd T20I
Get the latest updates on ICC T20 Worldcup 2022, check out the Schedule and Live Score. Like us on Facebook or follow us on Twitter for more sports updates. You can also download the NDTV Cricket app for Android or iOS.