India lost the first T20I against Australia by three wickets. 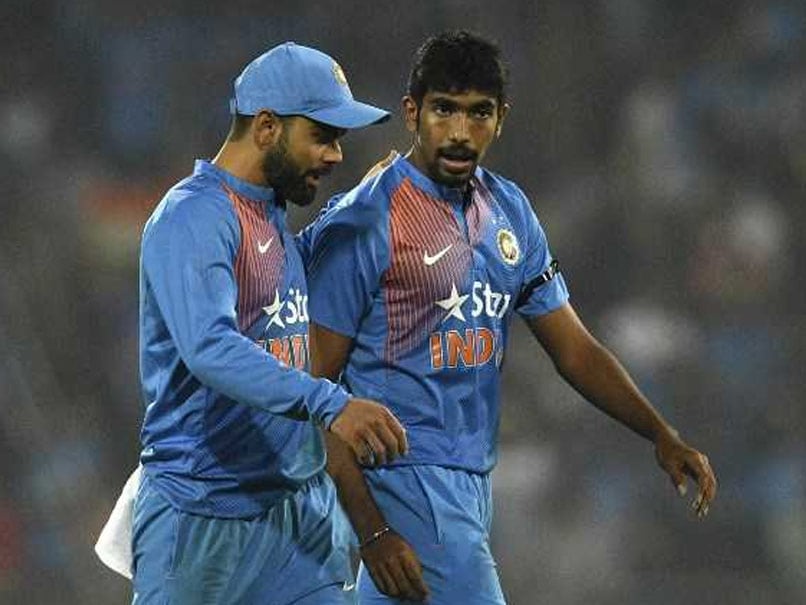 Virat Kohli heaped praise on Jasprit Bumrah for producing a breath-taking spell of death bowling during India's three-wicket loss in the first Twenty20 International (T20I) against Australia in Visakhapatnam on Sunday. Bumrah got Peter Handscomb caught behind for 13 and then bowled Nathan Coulter-Nile off the final ball of the 19th over to keep the game in balance before Umesh Yadav conceded 14 runs in the final over. "Bumrah can do wonders with the ball when it is reversing and did exceptionally well to get us in the game," Virat Kohli said after the game. As India came agonisingly close to winning the series opener, a video surfaced on social media where Kohli can be seen advising Bumrah while vice-captain Rohit Sharma watches on as a mere spectator.

Many fans on Twitter believe that Kohli and Bumrah might have ignored Rohit as no one even tried to get his inputs during the match that went down to the wire.

Mahendra Singh Dhoni remained unbeaten on 29 as India posted a below-par 126/7 in 20 overs.

Glenn Maxwell hit a crucial half-century before Pat Cummins hit a four and took two runs to complete a nervous 127-run chase as Australia took a 1-0 lead in the two-match series.

The second and final T20I will be played in Bengaluru on Wednesday.

Rohit Sharma India vs Australia, 2018/19 Cricket India vs Australia, 1st T20I
Get the latest updates on IPL Auction 2023 and check out  IPL 2023 and Live Cricket Score. Like us on Facebook or follow us on Twitter for more sports updates. You can also download the NDTV Cricket app for Android or iOS.