Virat Kohli had dived and landed heavily during his unsuccessful attempt to field the ball and had to go off the field. He did not return to field, but batted at his normal position. 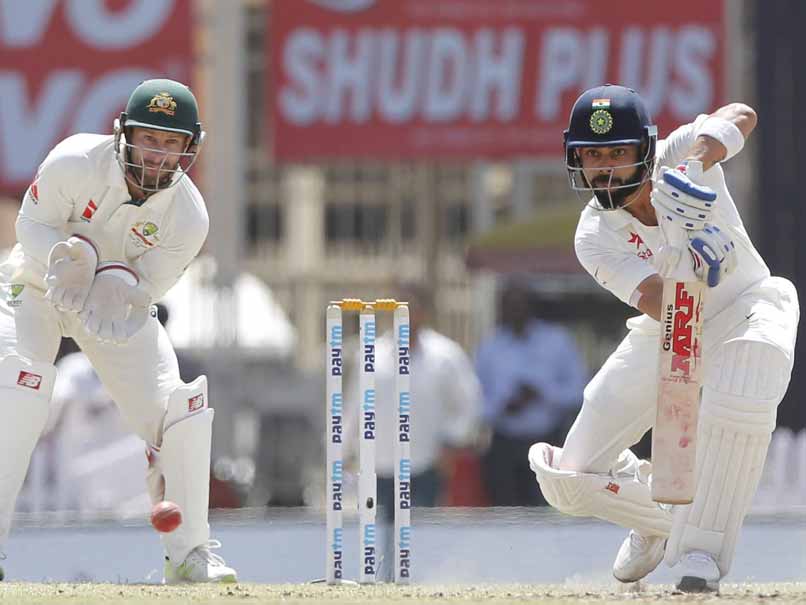 Kohli was escorted off the field by Farhart and then was taken to hospital for scans and tests.© BCCI

Virat Kohli's injury while fielding in the Australian first innings during the 3rd Test in Ranchi is "a lot worse than people know" as per former Australian skipper Michael Clarke. Kohli injured his should on Day One of the Test when trying to chase down a ball racing to the boundary. He had dived and landed heavily during his unsuccessful attempt to field the ball and had to go off the field. He did not return to field, but batted at his normal position.

Clarke was quoted as saying by foxsports.com.au as telling an Indian website that Kohli had hidden the true extent of the shoulder injury.

"It was very important for him to be on the field," Clarke had said.

"The Indian physio, Patrick Farhart, is trying to manage his shoulder injury as much as he possibly can.

"I think it's actually a lot worse than people know or that Virat is leading on. I think he's trying to do everything he can to get out onto the park because he knows how important it is as captain to lead from the front.

"He certainly deserves credit for doing that. I think he'll be 100 per cent fit for the next Test match."

The Board of Control for Cricket in India (BCCI) however had issued a statement that Kohli was being kept under constant medical care in order to keep him fit for the match.

The Indian skipper was on the field for the entire duration of the Australian second innings and did not show any signs of discomfort.

Comments
Topics mentioned in this article
India Cricket Team Australia Cricket Team Virat Kohli Michael Clarke India vs Australia 2017 Cricket
Get the latest updates on ICC T20 Worldcup 2022 and CWG 2022 check out the Schedule, Live Score and Medals Tally. Like us on Facebook or follow us on Twitter for more sports updates. You can also download the NDTV Cricket app for Android or iOS.