U-19 World Cup: Proud Moment To Be Just Third Indian Captain To Score Century In This tournament, Says Yash Dhull

U19 World Cup: Yash Dhull scored a century in the semi-final of the ongoing tournament against Australia and this helped his side enter the finals of the tournament. 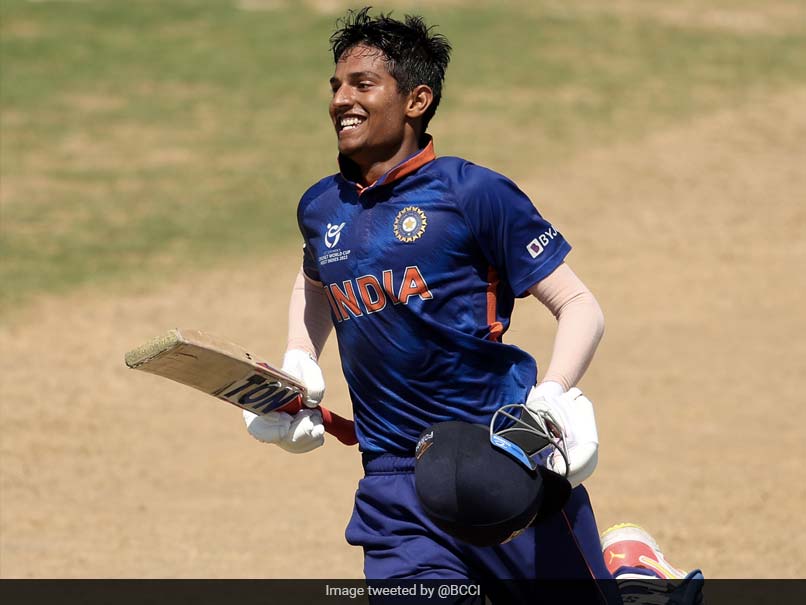 India skipper Yash Dhull has said that it is a proud moment for him to be just the third Indian captain after Virat Kohli and Unmukht Chand to score a century in the U19 World Cup. Dhull scored a century in the semi-final of the ongoing tournament against Australia and this helped his side enter the finals of the U19 World Cup. "The plan from me and Rasheed was to bat till the end, and it worked. It's a proud moment (to be the third Indian captain to score a U19 WC ton after Virat Kohli and Unmukt Chand). The idea was to bat steadily, not to try too many shots, and to bat past the 40th over. Myself and Rasheed bat well together, we combine well and it showed," Dhull said after the game.

"Rasheed and I had a good partnership and we had good partnerships lower down as well. The way in which the boys are playing is good. Rasheed is mentally very strong. We were in the bubble together and he is always mentally prepared," he added.

Yash Dhull and Shaik Rasheed's knocks with the bat were supported by a spirited bowling performance as India defeated Australia by 96 runs in the second semi-final of the ongoing U19 World Cup here at the Coolidge Cricket Ground.

India will now lock horns against England in the final of the tournament on Saturday.

Shaik Rasheed and Yash Dhull put on the second biggest partnership of the tournament, adding 204 runs for the third wicket after a shaky start for the Men in Blue.

Australia never got going in their reply to 290 as leading wicket-taker Vicky Ostwal took three for 42 with Australia eventually bowled out for 194.

They will now face Afghanistan in the 3rd/4th place play-off on Friday before the grand finale between England and India on Saturday.

Unmukt Chand ICC Under 19 World Cup 2022 Cricket
Get the latest updates on ICC T20 Worldcup 2022 and CWG 2022 check out the Schedule, Live Score and Medals Tally. Like us on Facebook or follow us on Twitter for more sports updates. You can also download the NDTV Cricket app for Android or iOS.