Rahul Dravid also stated that he tends to get a lot of attention, which should be directed at the players instead. 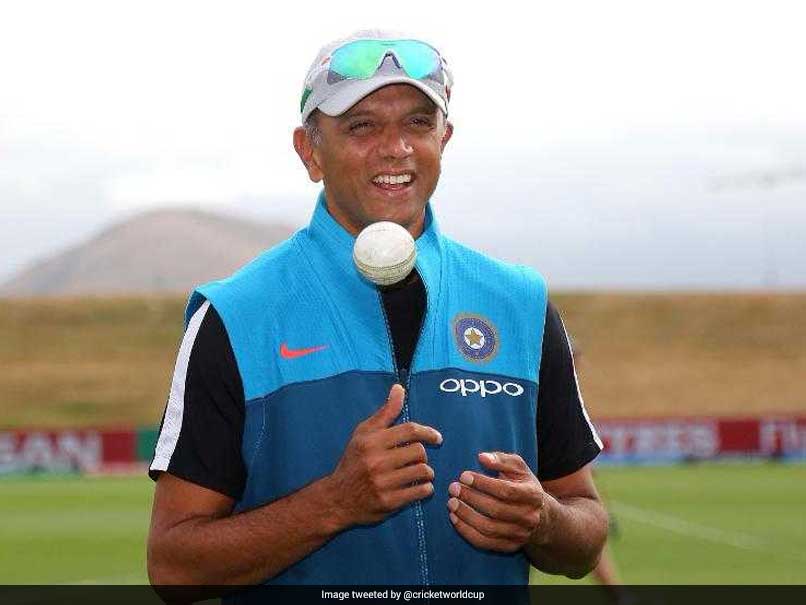 Rahul Dravid applauded his India U-19 team after winning the World Cup.© Twitter

Rahul Dravid on Saturday finally got his hands on a World Cup trophy after his boys beat Australia in the final of the ICC U-19 World Cup final. Dravid had previously missed out on a World Cup title on two occasions - once as a player in 2003 and another as coach of the U-19 team in 2016. Not one to be swayed away by emotions, Dravid, in typical style, had some wise words for his boys, who were busy celebrating India's historic fourth U-19 World Cup crown. Speaking after India's comprehensive 8-wicket win, Dravid hoped the memory of a junior World Cup win won't define careers of his team. The former India captain said he wanted his players to create bigger and better memories for themselves.

"I am really proud of the boys, proud of the effort that they have put in and proud of the support staff as well. I think the effort we have put in over the last 14 months have been sensational. They really deserved this, couldn't be really happier and proud for this bunch of boys. It's really nice for them and hopefully it's a memory they'll cherish for a long time, and hopefully it's not a memory that defines them and they will have a lot more bigger and better memories as they go on ahead in their careers," Dravid told Simon Doull after the match.

Dravid also stated that he tends to get a lot of attention, which should be directed at the players instead.

"Coaching this team I tend to get a lot of attention, but it is really about the quality of support staff that we have had and the effort they have put in has been amazing," he further added.

The Board of Control for Cricket in India (BCCI) announced a cash reward for Dravid and his team after the win.

Members of the Support Staff, India U19 - INR 20 lakhs each

Electing to bat first, Australia were dismissed for 216 runs in 47.2 overs. Ishan Porel, Shiva Singh and Anukul Roy picked up two wickets each for India.

Opener Manjot Kalra then spearheaded the Indian run chase with an unbeaten century as the Boys in Blue romped to victory with 67 balls to spare.

Kalra remained unbeaten on 101 runs off 102 deliveries while Harvik Desai was not out on 47 at the other end.

Desai brought up the title win in style, smashing a boundary off Australian pacer Will Sutherland.

This is the second time that India have defeated Australia in the final. They had earlier defeated the boys from Down Under in the final of the 2012 edition.

Comments
Topics mentioned in this article
Rahul Dravid India U19 Cricket ICC Under-19 World Cup
Get the latest updates on ICC T20 Worldcup 2022 and CWG 2022 check out the Schedule, Live Score and Medals Tally. Like us on Facebook or follow us on Twitter for more sports updates. You can also download the NDTV Cricket app for Android or iOS.