Rahul Chahar was named in India's squad for the T20 World Cup and Mumbai Indians shared a video of the "priceless" moment when he found out. 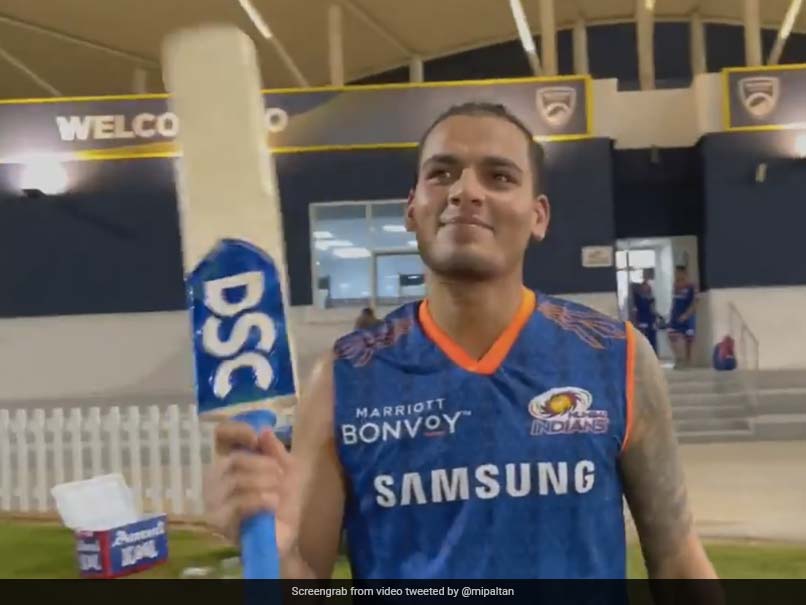 Legspinner Rahul Chahar was named in India's squad for the upcoming 2021 T20 World Cup on Wednesday. His Indian Premier League (IPL) franchise, Mumbai Indians, took to social media to share a video of the moment when the 22-year-old found out that he is going to the World Cup. "PRICELESS! That moment when you read your name in the World Cup squad!" MI captioned the post. "Yes!" Chahar exclaims in the video, the delight visible on his face, as he is congratulated by teammates and staff members

"It took a lot of hard work. I missed out on the 2019 World Cup. The World Cup is a very big thing, you get few chances to represent your country in tournaments like these. I am excited and a little emotional," he said.

The MI spinner was named in India's 15-man squad ahead of the experienced Yuzvendra Chahal.

Chahar, who made his T20 International (T20I) debut against West Indies in 2019, has played just five matches for India in the shortest format, picking seven wickets.

In the IPL, he has played 38 matches, picking up 41 scalps in total.

In IPL 2020, he played a key role for champions Mumbai Indians, picking up 15 wickets.

Mumbai Indians also shared a video of Ishan Kishan's reaction after finding out about his selection in the squad.

This video has got us all

The 23-year-old made his T20I debut earlier this year against England, blitzing a half-century in his first match.

Kishan has played only three T20Is so far, but like Chahar, has plenty of experience in the IPL.

Mumbai Indians Ishan Kishan Rahul Chahar Cricket
Get the latest updates on IPL 2021, check out the IPL 2021 Schedule and Indian Premier League Live Score . Like us on Facebook or follow us on Twitter for more sports updates. You can also download the NDTV Cricket app for Android or iOS.