Shikhar Dhawan may not be involved at the ongoing T20 World Cup in Oman and the UAE but cricket fans felt his presence during the tournament opener between Oman and Papua New Guinea. 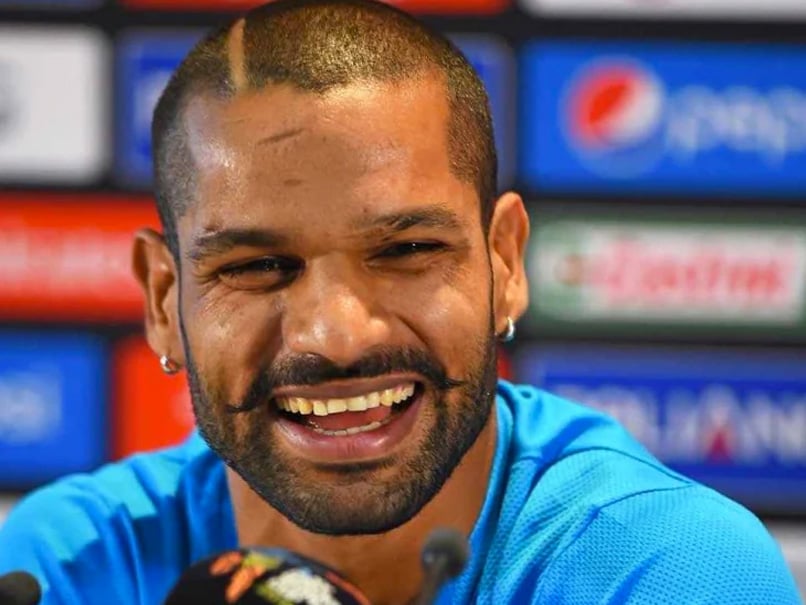 Shikhar Dhawan may not be involved with the Indian cricket team at the ongoing ICC T20 World Cup in Oman and the UAE but cricket fans felt his presence during the tournament opener between Oman and debutants Papua New Guinea (PNG) in Al Amerat on Sunday. Oman's Ludhiana-born batter Jatinder Singh was fielding during PNG's innings when he reenacted Dhawan's iconic ‘thigh-five' celebration after taking a catch. Jatinder took the catch after PNG's Assad Vala gave away a leading edge while trying to play a shot through wide long-on.

Jatinder did the 'thigh-five' almost immediately after taking the catch, reminding cricket fans of the celebration associated with India opener Dhawan.

Is that Jatinder or Dhawan? pic.twitter.com/2dxxOVr56V

Jatinder would go on to play a starring role for Oman as they cruised to a comfortable 10-wicket victory to begin their campaign on a positive note on Sunday.

After taking two catches in PNG's innings – the other of middle-order batter Sese Bau – Jatinder hit an unbeaten 73 off 42 balls to guide Oman to victory.

Earlier in the day, Oman captain Zeeshan Maqsood won the toss and opted to put PNG to bat first.

Despite losing their openers early, PNG got their innings back on track thanks to Assad Vala, who scored 56, and Charles Amini, who hit 37.

However, Oman hit back with quick wickets, with skipper Maqsood himself doing most of the damage as he finished with figures of 4/20. Bilal Khan and Kaleemullah picked two wickets each for Oman as PNG finished at a score of 129/9.

In response, Jatinder and fellow opener Aqib Ilyas looked comfortable at the crease as they chased down the 130-run target with over six overs to spare.

Shikhar Dhawan Oman vs Papua New Guinea, Match 1 Cricket
Get the latest updates on ICC T20 Worldcup 2022, check out the Schedule and Live Score. Like us on Facebook or follow us on Twitter for more sports updates. You can also download the NDTV Cricket app for Android or iOS.