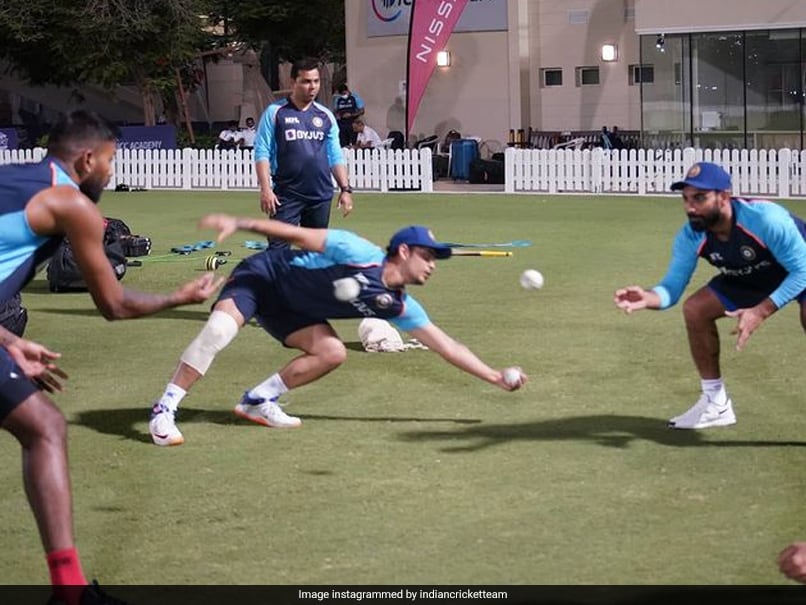 Indian players are hard at work, gearing up for their upcoming Super 12 fixture against New Zealand. Indian cricket team's Instagram handle shared some photos from the training session ahead of the important clash. The photos showed some of the cricketers like Rishabh Pant and Ravichandran Ashwin participating in a "fun drill". The post was well-received by fans with many wishing them luck for the crucial game against Kane Williamson's side. India and New Zealand both began their T20 World Cup campaigns with a defeat to Pakistan.

The post also showed fans that the confidence in the Indian camp is high despite the huge defeat to Pakistan.

The Babar Azam-led outfit defeated India by 10 wickets in Dubai. Chasing a target of 152 runs, Pakistan reached 152 for no loss in 17.5 overs.

Openers Babar Azam and Mohammad Rizwam were in brilliant form and remained unbeaten. Azam smashed 68 runs off 52 deliveries while Rizwan scored 79 in 55 balls.

After being asked to bat first, India had posted 151 for seven in 20 overs with Virat Kohli registering a half-century (57 off 49 balls).

Despite Kohli's knock, India went through a top-order collapse with opener Rohit Sharma departing for a golden duck. KL Rahul could only muster three runs off eight balls.

Apart from Kohli, Rishabh Pant too made a contribution, playing a knock of 39 in 30 balls.

New Zealand Cricket Team ICC T20 World Cup 2021 India vs New Zealand, Super 12 - Match 28 Cricket
Get the latest updates on IND vs NZ 2021, check out the Schedule and Live Score . Like us on Facebook or follow us on Twitter for more sports updates. You can also download the NDTV Cricket app for Android or iOS.