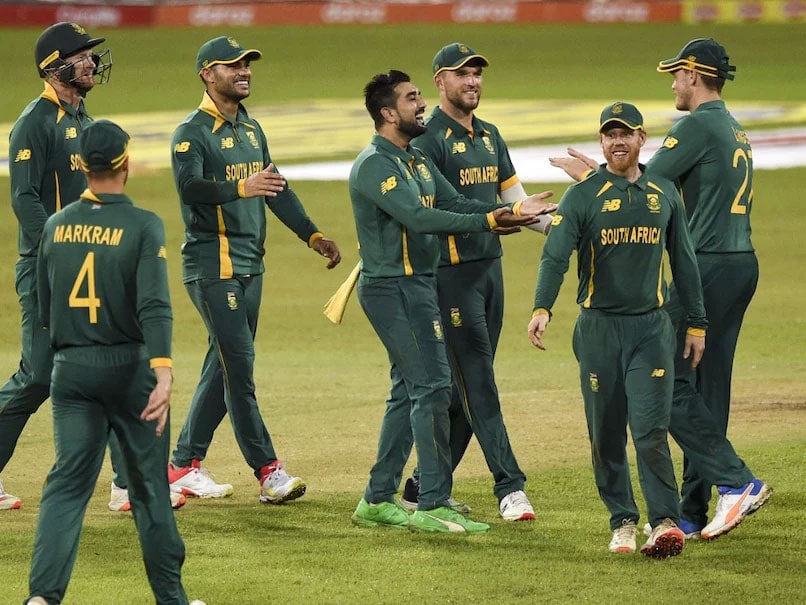 South Africa will take on Australia on October 23 in their first match of T20 World Cup 2021.© AFP

South Africa, perennial under-achievers in International Cricket Council events, will go into the T20 World Cup unburdened by high expectations. The team is short on big names and big-time experience, with seven of their squad making their debuts in a world event. "There's not much expectation," admits captain Temba Bavuma, himself a World Cup debutant. However, he quickly adds that he is talking about external perceptions rather than in the team room where, he says "we have a certain level of expectation".

Bavuma says there is a quiet confidence in a team notably missing T20 stars such as AB de Villiers, who announced his retirement from international cricket earlier in 2018, and former captain Faf du Plessis, who was available but not selected.

"We have had some positive results which are good for our confidence," said Bavuma.

"We have done our work as a collective."

Unusually, South Africa's success has been built on accurate spin bowling, a major departure for a country long known for its battery of fast bowlers, but likely to be a positive on the slow pitches expected in the United Arab Emirates.

South Africa started each match in Sri Lanka in September with three slow left-arm bowlers -- Tabraiz Shamsi, Bjorn Fortuin and Keshav Maharaj -- and also made use of the right-arm off-spin of top-order batsman Aiden Markram.

The slow men collectively claimed 16 of the 22 Sri Lankan wickets that fell to bowlers.

South Africa's batting, though, shapes up as a problem with the form of Quinton de Kock seemingly key to the side's fortunes.

De Kock's form dipped during an unsuccessful stint as captain in all three international formats, leading him to take a "mental health break" after a disappointing tour of Pakistan in January and February.

But the left-handed opener has been back to his best since coming back without the burden of captaincy.

His total of 455 runs over the past three series is 196 more than the next highest-scorer, fellow opener Reeza Hendricks.

Seven of South Africa's nine wins in the past three series have come after batting first and posting relatively modest totals, ranging from 159 to 189, with the latter total coming against lowly-ranked Ireland.

Bavuma will be hoping to break a long-running history of failure at ICC events since the country won the ICC Knock-Out Trophy, forerunner of the Champions Trophy, in 1998.

Since then they have played in 19 tournaments, reaching the semi-finals nine times without going on to a final.

South Africa's solitary recent success was at Under-19 level when Markram led a side which included fast bowler Kagiso Rabada to victory in the 2014 junior event, also in the United Arab Emirates.

"At the time there wasn't a lot of media exposure. There was a lot less pressure on the players," said Markram, who believes the current side are mentally equipped to deal with pressure.

"We're not bringing too much baggage into this World Cup. Everyone here is pretty free-spirited."

Low public expectations could work in the favour of Bavuma's team - but the pressure will be ramped up if South Africa reach the knock-out stage.

South Africa Cricket Team ICC T20 World Cup 2021 Cricket
Get the latest updates on ICC Women's Cricket World Cup 2022 and IPL 2022, check out the Schedule , Live Score and IPL Points Table. Like us on Facebook or follow us on Twitter for more sports updates. You can also download the NDTV Cricket app for Android or iOS.