T20 World Cup 2021 Highlights, PAK vs NZ: Pakistan face a stiff challenge as they take on New Zealand at the Sharjah Cricket Stadium on Tuesday. 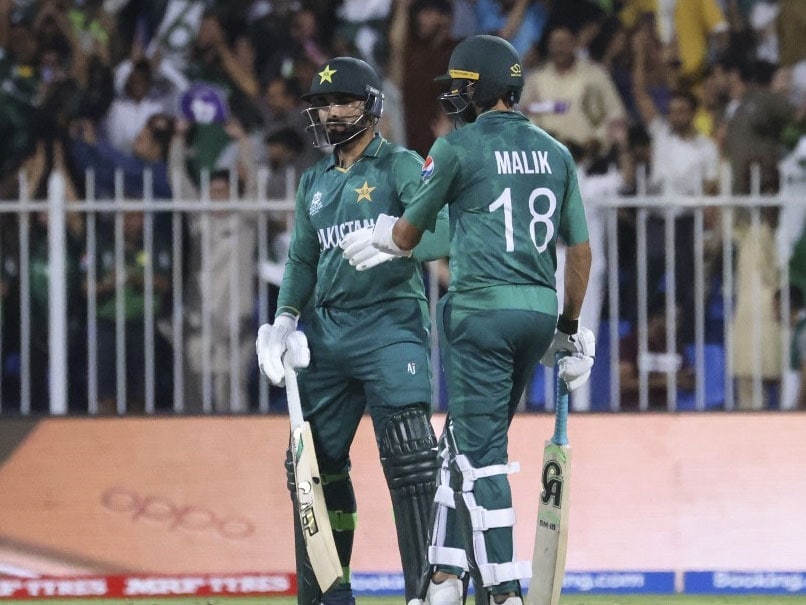 Pakistan, on Tuesday, defeated New Zealand by 5 wickets in the Super 12 fixture of the ongoing T20 World Cup, thanks to a late flourish from Asif Ali and Shoaib Malik in Sharjah. With this win, the Babar Azam-led side moved to the top of Group B with two wins from as many games. Chasing a target of 135, Pakistan won the game with 8 balls to spare. Earlier, Haris Rauf's four-wicket haul had restricted New Zealand to a total of 134/8. For New Zealand, Daryl Mitchell and Devon Conway had scored 27 each while skipper Kane Williamson contributed with a sluggish 26-ball 25. Initially, Pakistan had won the toss and elected to bat first. (SCORECARD)