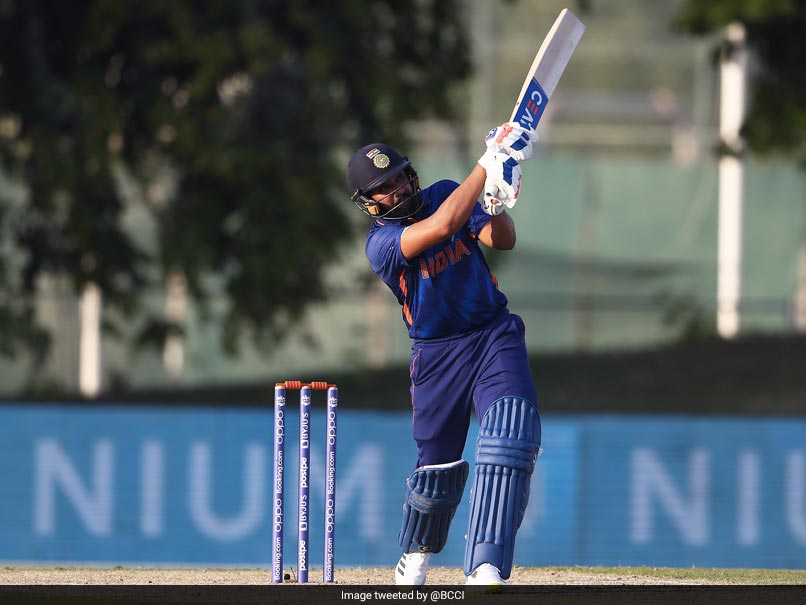 India beat Australia by 9 wickets in their second warm-up match of the T20 World Cup 2021 in Dubai on Wednesday. Chasing the target of 153 runs, KL Rahul (39) and Rohit Sharma (60) gave a flying start to India with their 68-run opening stand. Stand-in skipper Rohit completed his half-century in 36 balls after Rahul got out on a brilliant turning ball from Aston Agar. Suryakumar Yadav, who came to bat at No.3, in the absence of regular skipper Virat Kohli also batted well with his unbeaten 38-run knock. India's last hero in the last match, Ishan Kishan didn't get an opportunity to bat in this game but he was seen keeping the wickets instead of Rishabh Pant. Earlier, the Aaron Finch-led side ended its innings at 152 runs after being reduced to 11/3 in the fourth over. Indian spinners Ravichandran Ashwin (2/8), Ravindra Jadeja (1/35) and Rahul Chahar (1/17) picked up wickets at regular intervals but India's old nemesis, Steve Smith (57), came back to haunt them. Smith scored a half-century in 41 balls and added 76 runs for the fifth wicket with Marcus Stoinis (41*). Smith also added 61 runs with Glenn Maxwell (37) for the fourth wicket. India's designated captain Virat Kohli was seen bowling a few overs as the team management is looking for a 6th bowling option ahead of the side's tournament opener against Pakistan on October 24. (SCORECARD)

Australia Cricket Team ICC T20 World Cup 2021 Cricket Live Score Live Cricket Score India vs Australia, Match 14 Live Blogs
Get the latest updates on IPL Auction 2023 and check out  IPL 2023 and Live Cricket Score. Like us on Facebook or follow us on Twitter for more sports updates. You can also download the NDTV Cricket app for Android or iOS.