Indian under 18 women's team lost 1-3 to hosts Argentina while the men's team suffered a 2-4 defeat against Malaysia in the finals. 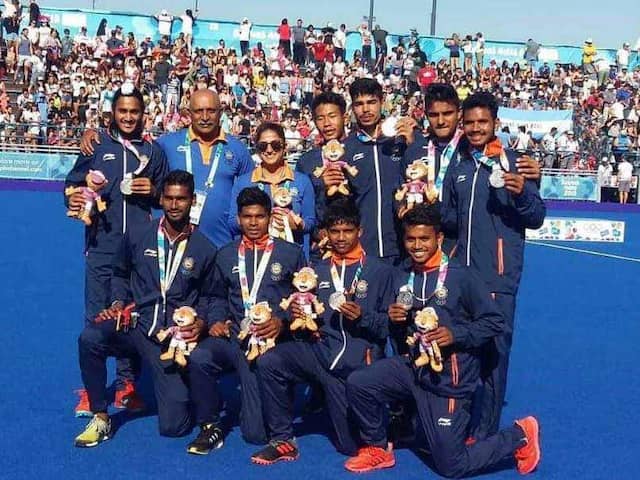 Indian under 18 men's team suffered a 2-4 defeat against Malaysia in the finals.© Hockey India

In the women's final, India's U-18 team started the first period well, attacking Argentina right from the start of the game. The reward followed soon as in-form forward Mumtaz Khan netted the ball in 49th second, giving India an early lead in the match. Argentina, soon after conceding the goal, played a counter-attacking game to put pressure on India. The hosts found the equalizer in the seventh minute with Gianella Palet (7') putting the ball in the Indian net. Sofia Ramallo (9'), then scored to turn the match around and help their side to a 2-1 lead at half-time.

In the second half of the game, the host kept most of the possession, not allowing the Indian team to find space or create chances. It was Brisa Bruggesser, who had the first real chance of the second period in the 12th minute, and the Midfielder made sure that she hit the target, giving her team a solid 3-1 lead. The home team after scoring the third goal looked resolute in defense, and closed down the Indians whenever they had possession, denying them any opportunity to score. Argentina, backed by their crowd, made sure that they managed the game well, as they kept possession and saw themselves through to the final whistle to register a historic Gold Medal victory.

The Indian U-18 Women's team also created history, winning the silver medal at the Youth Olympic Games on their very first attempt matching the Men's team's feat, who lost to Malaysia earlier in the day to finish with the silver.

Chinese U-18 women won the bronze medal with a 6-0 rout of South Africa, while the Argentine U-18 men took bronze courtesy a 4-0 win over Zambia.

Comments
Topics mentioned in this article
Hockey India Women Malaysia Women Malaysia India
Get the latest Cricket news, check out the India cricket schedule, Cricket live score . Like us on Facebook or follow us on Twitter for more sports updates. You can also download the NDTV Cricket app for Android or iOS.