The Indian women's hockey team gave a good account of themselves vs South Korea in what was a dress rehearsal of the Asian Champions Trophy final. 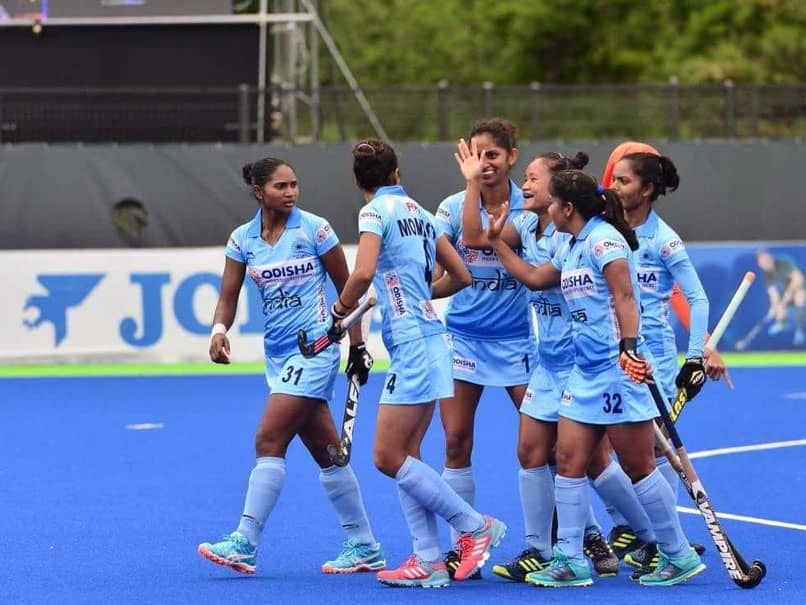 Indian women's hockey team came back from a goal down to draw 1-1 against South Korea.© Hockey India

The Indian women's hockey team continued it's unbeaten run at the Asian Champions Trophy with a 1-1 draw against hosts South Korea in the final round-robin match of the tournament. India held up to the test in what was a dress rehearsal for the final, which will see these two teams lock horns again for the title. India ended the pool stages with three wins and a draw while the hosts are also undefeated with two wins and as many draws to their name. India, therefore, go into the final as table-toppers in the league stage. India had defeated Japan 4-1, China 3-1 and Malaysia 3-2.

Hosts South Korea started off on the front foot with their high press putting the Indian women's team under pressure. However, it was India who won the first penalty corner of the match in the fourth minute but drag-flicker Gurjit Kaur's powerful drive was well stopped by the Korean goalkeeper.

Korea, meanwhile, were the first to make a breakthrough when they forced an error to win a penalty corner in the opening minute of the second quarter.

Seul Ki Cheon was brilliant with her drag-flick as she struck the ball to the right corner of the goal, making it impossible for India goalkeeper Savita to save. The following minutes were tense as Korea played out their defensive best to keep India from scoring.

After no goals by either teams in the third quarter, an infringement while attempting to defend a shot on goal by Korean attacker led to India conceding a penalty corner at the start of the fourth quarter.

An ambitious variation by Korea, however, didn't go to plan as India survived. Almost immediately, forward Lalremsiami helped India win a penalty corner. While Gurjit's flick rebounded off the goalkeeper pads, Lalremsiami was quick to pick up the ball and make a diving effort to flick it into the goal to get the much-needed equaliser for India.

Both teams went all out in the hunt for a lead. In the 54th minute, Korea won another penalty but Indian goalkeeper Swati was up to the task and dispelled any danger. Though, both teams upped their ante in attack, they could not muster a goal with the match ending in a draw.