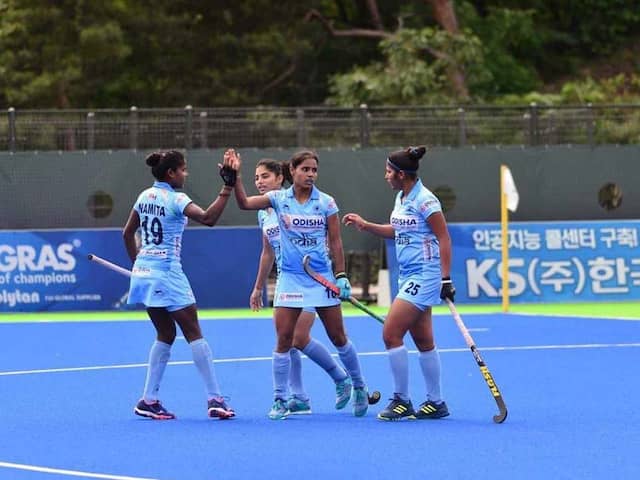 The India women's hockey team will take on a formidable South Korea in their last round-robin match at the 5th Women's Asian Champions Trophy on Saturday. So far in the tournament, India are unbeaten having won against Japan (4-1), China (3-1) and Malaysia (3-2). Led by experienced defender Sunita Lakra, India will face the World No 9 at their home ground, which will serve as an ideal preparation for Sunday's final where they will meet the hosts. As far as South Korea are concerned, they have won matches against Malaysia and China and drew one against Japan in the round robin stage.

"Korea is a good team, but our girls have played this tournament with a lot of confidence. We are not so bothered about this being their home ground but want to just focus on ourselves and carry forward the good momentum," India coach Sjoerd Marijne said.

While praising his team for their aggression and attacking prowess, Marijne warned that the Indians need to ensure they don't make errors against a highly defensive team like South Korea.

"The Koreans like to play high press. It will be important for us to not let that pressure affect our game and we need to ensure we don't make mistakes in our own half. Besides this, we will need to move the ball fast to create space," the coach said.

While India were lethal against Japan and a higher ranked China, their level dropped against Malaysia.

"It is not always easy to play against a team who play with 11 players in their circle. To make the game favourable for us, we need to score more penalty corners and ensure we don't miss easy goals," Marijne said.

"When that doesn't happen, the level starts dropping and we made some silly mistakes. But what is important is, we won that match."

Marijne believes it will be important to be smart in how the Indians play and not exhaust themselves ahead of the title clash.

"This match will give us good understanding of how they play and what changes we need to make ahead of the final. We have to be smart in the way we play and ensure we don't exhaust ourselves too much," he opined.