Sardar, recently awarded the prestigious Khel Ratna Award, was dropped from the Indian team which toured Europe last month but got a recall for next month's event to strengthen the team. 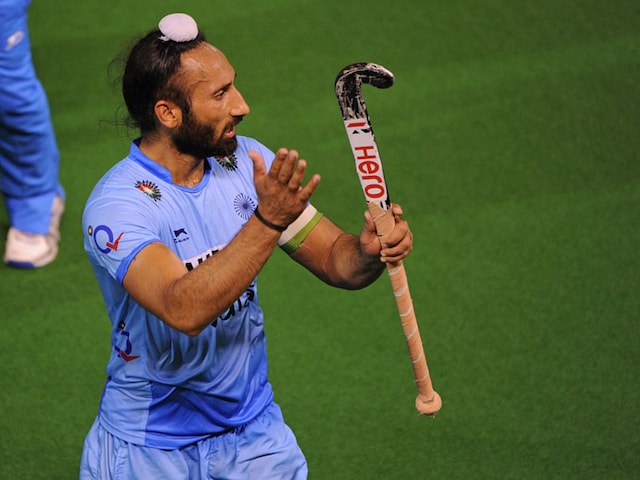 Veteran midfielder Sardar Singh on Saturday returned to the national team as Hockey India named a strong 18-member squad under the captaincy of Manpreet Singh for the Asia Cup to be held in Dhaka from October 11-22. Sardar, recently awarded the prestigious Khel Ratna Award, was dropped from the Indian team which toured Europe last month but got a recall for next month's event to strengthen the team. Two other key players, who were dropped for the Europe tour, forwards SV Sunil and Akashdeep Singh also made a return.

Defenders Harmanpreet Singh and Surender Kumar also made a return after being rested for the Europe tour. Sunil has been named deputy to Manpreet, who has been retained as the captain despite a poor show by the team in the Hockey World League Semi-Final in London in June and a mixed result at last month's European tour.

Goalkeepers Akash Chikte and Suraj Karkera retain their spot in the squad while forward Satbir Singh got a recall.

After giving some top junior players some good exposure in the Europe Tour, HI named a squad with a blend of youth and experience.

"I am looking forward to working with the team which has been picked to have a good blend of experience and youth. The upcoming Hero Asia Cup 2017 will be our first tournament together, and I am very excited to see how the team expresses their leadership qualities on the field," chief coach Sjoerd Marijne said.

"I have previously watched the team live in Netherlands, and I feel that the energy within the team and their play is very impressive. We will be focusing on performing well as a team and will be aiming to win the tournament," he added.

India feature in Pool A alongside Japan, hosts Bangladesh and Pakistan. They will start their campaign against Japan on October 11 before facing Bangladesh on October 13.

The team will play their third and final league match against arch-rivals Pakistan on October 15. Ahead of their departure, the national squad will continue with their camp until October 5.

India had finished runners-up to South Korea in the last edition in Ipoh in 2013.