Ricciardo joined the Red Bull Junior Team in 2008 and progressed through their driver development programme. 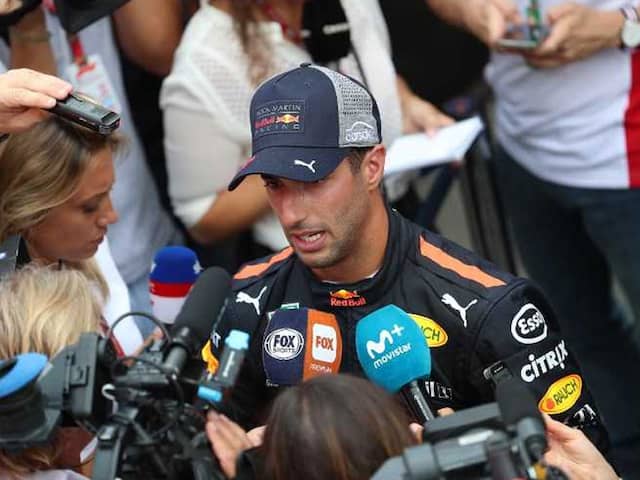 Australian driver Daniel Ricciardo is leaving Red Bull at the end of the season, the Formula One team said on Friday. "Daniel Ricciardo has advised us that he is to leave the Team at the end of the 2018 season," Red Bull posted on their website. British and French media reported on Friday that the 29-year-old who won Monaco and the Chinese Grand Prix this season would be joining Renault. He is currently fifth in the 2018 season drivers' standings.

Renault are one place behind Red Bull in the constructors' standings, but they have only 82 points while third-place Red Bull have 223. The French manufacturer has not won a race since rejoining Formula One three years ago.

"We fully respect Daniel's decision to leave," Red Bull Racing principal Christian Horner said on the team website. "We wish him all the best in his future."

Ricciardo joined the Red Bull Junior Team in 2008 and progressed through their driver development programme.

He switched to the flagship Red Bull team in 2013 and won seven races and recorded 29 podium finishes. He finished third in the driver standings in 2014 and 2016.

"We will now continue to evaluate the numerous options available to us before deciding on which driver partners Max Verstappen for the 2019 season," Horner said.

"In the meantime, there are still nine races left in 2018 and we are fully focused on maximising every opportunity for Max and Daniel."

Daniel Ricciardo Formula 1
Get the latest Cricket news, check out the India cricket schedule, Cricket live score . Like us on Facebook or follow us on Twitter for more sports updates. You can also download the NDTV Cricket app for Android or iOS.