Watch: This Cat's Goalkeeping Is The Best Thing You Will See Today

The feline took to goalkeeping with skills to match the top in the business and kept Twitter bubbling. 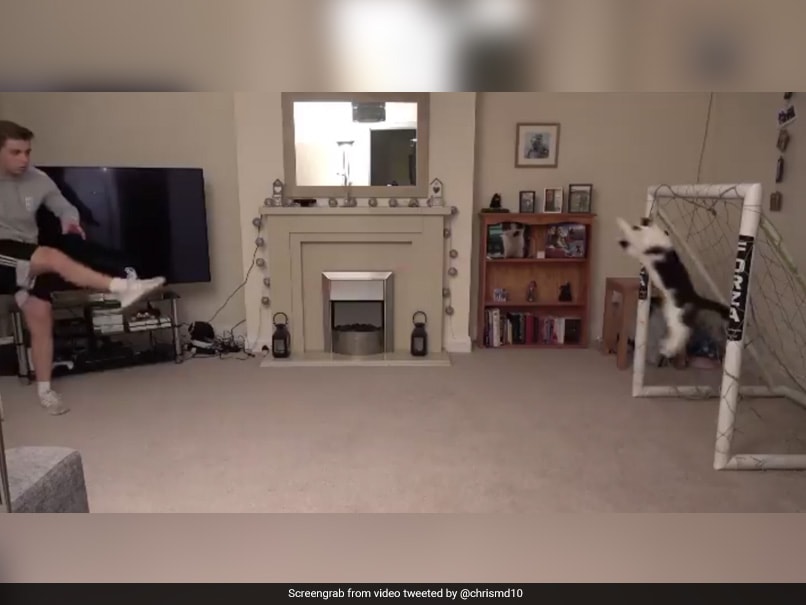 Football is back and fans who have been starved of watching any live sport, can finally tune into their TV sets, grab a bowl of popcorn, and enjoy some live football action courtesy Bundesliga, the German football league. For a couple of months, fans and sport stars have been keeping themselves entertained through home videos and it is quite a coincidence that arguably the best football home video comes at a time when the actual sport is back live on television. A cat has taken Twitter by storm and is putting goalkeeping greats like Gianluigi Buffon, Oliver Kahn and Peter Schmeichel to shame.

The term 'cat-like reflexes' is used quite often but its true sense is finally coming to light. YouTuber Chris Dixon claims his cat's name is 'Meownuel Neuer' and while the authenticity of that is yet to be proved, the feline certainly has the skills to be the custodian for the German national team.

Don't believe us? Well, see for yourself:

If this is not your type of thing and your interests lie in on-field action, then the first round of Bundesliga matches in over two months ended on Monday night. And highlights for that is available on multiple platforms.

Bundesliga became the first major league to resume during the coronavirus pandemic. On Monday, Bayer Leverkusen took on Werder Bremen at an empty Weserstadion. But having no fans to cheer them on didn't deter the Leverkusen players as they thumped Werder Bremen 4-1 to move within a point of the top four.

Attacking midfielder Kai Havertz, reportedly a transfer target for some of Europe's biggest clubs including Liverpool and Barcelona, was the star of the show, scoring a brace for Leverkusen.

After this round of matches, Bayern Munich still lead the Bundesliga table with 58 points, four ahead of Borussia Dortmund, who got the better of FC Schalke on Saturday.

Borussia Monchengladbach are third, two points behind Dortmund while RB Leipzig occupy the fourth spot, just a point ahead of fifth-placed Leverkusen.

Borussia Dortmund Manuel Neuer Gianluigi Buffon Football
Get the latest updates on India vs Australia and check out  Schedule, Results and Live Score. Like us on Facebook or follow us on Twitter for more sports updates. You can also download the NDTV Cricket app for Android or iOS.