Neymar wore a cowboy hat and briefly broke into a Samba dance after Brazil secured qualification for the 2022 FIFA World Cup. 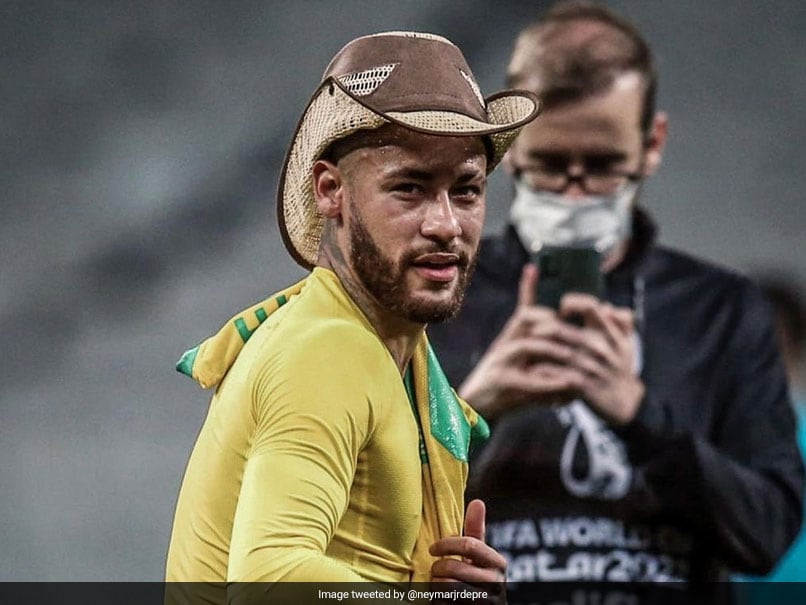 Brazil secured qualification for the 2022 FIFA World Cup in Qatar with a 1-0 win over Colombia in Sao Paulo on Thursday. The win ensured Brazil would finish at least fourth in the South American qualifiers, with four direct spots available to the continent for the quadrennial showpiece event. Lyon midfielder Lucas Paqueta scored the only goal of the game in the 72nd minute after a left-footed assist from Neymar to seal victory against a defensively strong Colombian side. The home players celebrated their World Cup qualification after the final whistle.

Neymar had his own unique celebration as he adorned a cowboy hat and broke into a brief Samba dance after the game.

Here is a video of Neymar's celebration after the game:

Here are other pictures of Neymar wearing the cowboy hat:

Brazil dominated the game against Colombia on Thursday, managing 16 shots, with six of them in target, from their 64% possession of the ball.

However, the visitors' conservative approach managed to keep Brazil at bay for large parts of the game.

Colombia could manage just five shots, including only one in target, during the 90 minutes.

With the win, Brazil took their tally in the 10-team South American qualifiers to an incredible 34 points from 12 games.

The Tite-coached side has won 11 of these 12 games and drawn the remaining one.

Brazil's arch-rivals and reigning South American champions Argentina, on the other hand, are second in the standings with 25 points in 11 games.

Argentina will face Uruguay in Montevideo on Friday before hosting Brazil in San Juan on Tuesday.

Colombia Neymar
Get the latest updates on ICC Women's Cricket World Cup 2022 and IPL 2022, check out the Schedule , Live Score and IPL Points Table. Like us on Facebook or follow us on Twitter for more sports updates. You can also download the NDTV Cricket app for Android or iOS.