Lionel Messi and Luis Suarez were in the stands as Barcelona beat Real Betis 5-2 at Camp Nou on Sunday. 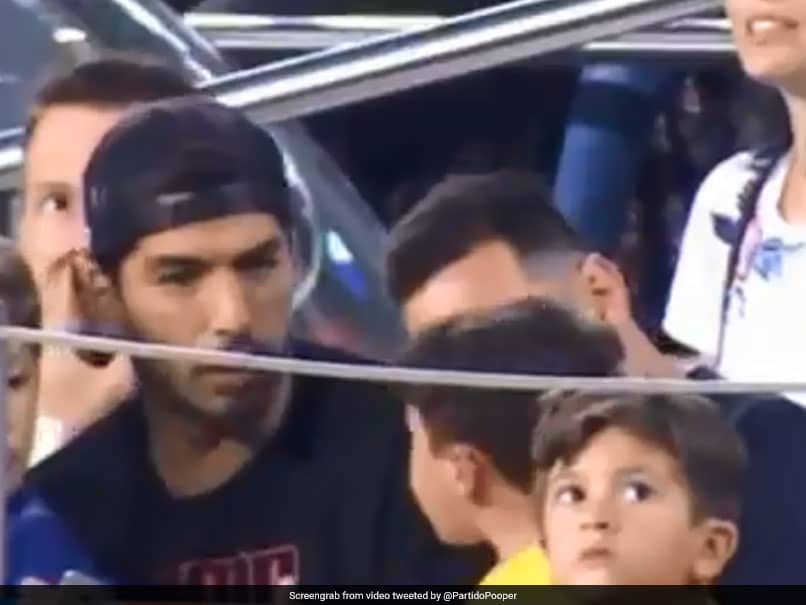 Barcelona got their season up and running even though Lionel Messi was again absent as Antoine Griezmann hit two in a 5-2 win over Real Betis on Sunday. It was a much-needed victory after their opening defeat by Athletic Bilbao, which had raised familiar doubts around Ernesto Valverde's future and an over-reliance on Messi. The Argentine superstar was in the stands along with teammate Luis Suarez but the two stars, as well as the rest of the Barcelona fan base, were given a mighty scare as Real Betis took the shock lead in the 15th minute. The significance of Real Betis' opener, however, seemed to be lost on Lionel Messi's son Mateo.

After Nabil Fekir scored for Real Betis, Mateo, who was sitting on his father's lap in the stands, immediately started celebrating the goal.

Luis Suarez, sitting next to him, was the first to react and quickly reminded Messi junior of his allegiances.

Lionel Messi's reaction, though, wasn't as serious as Suarez and he was seen sporting a wide grin.

Fortunately, the entire incident was caught on camera.

Among the Messrs Messi, Mateo is the messer pic.twitter.com/3vfMKJeHNp

Much to the delight of the injured duo, Barcelona came back from being a goal down to beat Real Betis 5-2 at the Camp Nou.

"After a defeat, there is always a big reaction," Griezmann said. "We really wanted to play another game and when so many players are missing, the team steps up."

Barcelona will hope to have Messi back for the trip to Osasuna next weekend but with Luis Suarez and Ousmane Dembele both out for longer, Griezmann's statement display was timely.