Jeje shot to fame when he scored a hat-trick against arch-rivals Pakistan taking India to a 5-1 win. 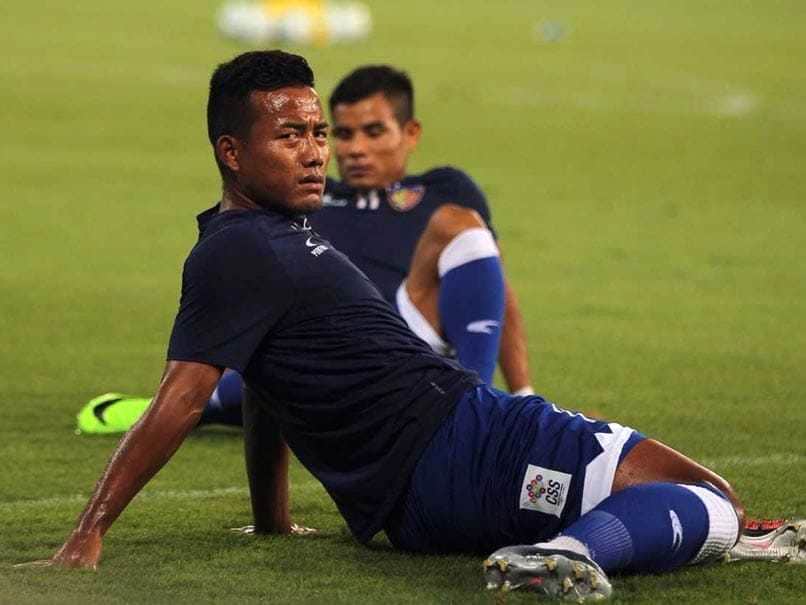 Jeje Lalpekhlua, India's forward, feels that his 'telepathic understanding' with captain and fellow forward Sunil Chhetriwill help the Indian team in the upcoming AFC Asian Cup. "I played with Sunil-bhai when I made my debut. Since then we have been playing together. I feel, together we fit in well, and complement each other's styles," Lalpekhlua told the All India Football Federation (AIFF) website. The striker from Mizoram shot to fame when captaining the India U-19 team, he scored a hat-trick against arch-rivals Pakistan leading India to a 5-1 win at the South Asian Games in Sri Lanka. This was his first international assignment.

Since then, despite scoring regularly, he was in and out of the national squad till 2015, after which he cemented his place.

"He (Sunil) is a gem of a person and an inspirational player. He has helped me a lot on, and off the field. We have a telepathic understanding on the pitch. I know where he is, and he always knows where I am," he opined.
India take on Thailand in their opening match of the Asian Cup and Jeje sounded confident.

"This team is a strong one as we have put in a lot of good work so far," the Mizoram forward said, adding: "We are confident in our abilities and feel that we can take on any challenge."

He further stated that the side has been improving steadily, and that the progress is there for everyone to see. "Compared to back when I made my debut, there is a lot of difference in the National Team. With every match, we have been getting better and have achieved a lot in between," he said.

"I'm very happy to be a part of this team. We worked hard to qualify for the Asian Cup. It is the biggest tournament for us, almost like a World Cup. We hope to do well, and strive for bigger things," he stated.

"In fact, there is still a lot we can do and the AFC Asian Cup is the next step along the way."

Jeje also spoke about the role played by coach Stephen Constantine in the recent upsurge.

"The entire team has put in a lot of hard work. He has had the most crucial role to play. When he came in, he had told us that our target was to qualify for the Asian Cup, and we did it," he concluded.

India Jeje Lalpekhlua Sunil Chhetri Football
Get the latest updates on IPL 2021, check out the IPL 2021 Schedule and Indian Premier League Live Score . Like us on Facebook or follow us on Twitter for more sports updates. You can also download the NDTV Cricket app for Android or iOS.