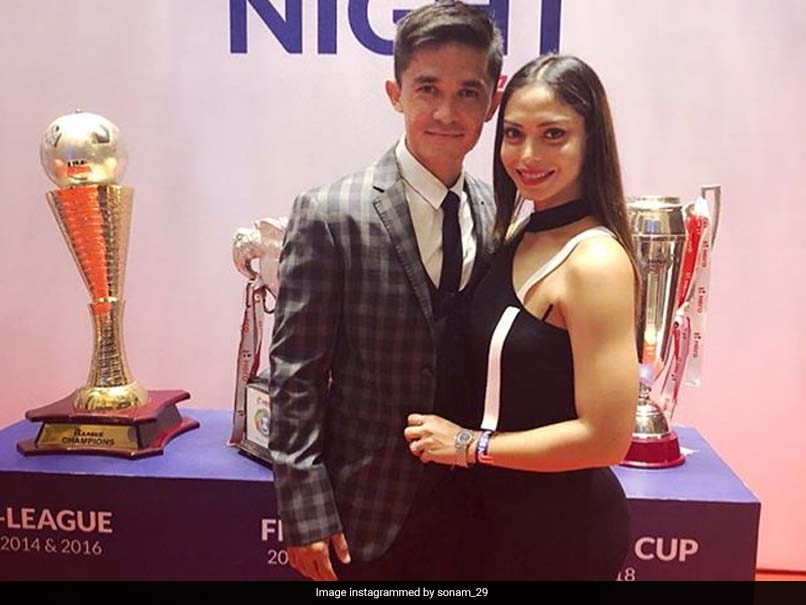 Sunil Chhetri celebrated his first marriage anniversary with wife Sonam Bhattacherjee by playing a game of "keepy-uppies". The talismanic Indian football team striker Chhetri, who married his long-time girlfriend Sonam on December 4, 2017, took to Instagram to upload the video. After their marriage, Sonam -- who is the daughter of Mohun Bagan legend Subrata Bhattacharya, has accompanied Chhetri on quite a few matches for his national team and club Bengaluru FC as well. Chhetri captioned the video by writing, "brought in the anniversary with a few keepy-uppies. We should be able to celebrate the second one with a football."

Brought in the anniversary with a few keepy-uppies. We should be able to celebrate the second one with a football instead of a balloon, what say missus? @sonam_29

The video, in which Chhetri had urged the fans to watch the Indian national team play, was retweeted almost 60 thousand times.

However, in the ongoing edition of the Indian Super League (ISL) last year's finalists Bengaluru FC are currently on top of the table with 23 points from nine outings.

In the last match, Bengaluru FC held NorthEast United to a 1-1 draw at the Indira Gandhi Athletic Stadium to keep their unbeaten run in the ISL intact.

Bengaluru FC Sunil Chhetri Football
Get the latest updates on IND vs NZ 2021, check out the Schedule and Live Score . Like us on Facebook or follow us on Twitter for more sports updates. You can also download the NDTV Cricket app for Android or iOS.