Ernesto Valverde's Barcelona will take on Alavs at Camp Nou on the first weekend. 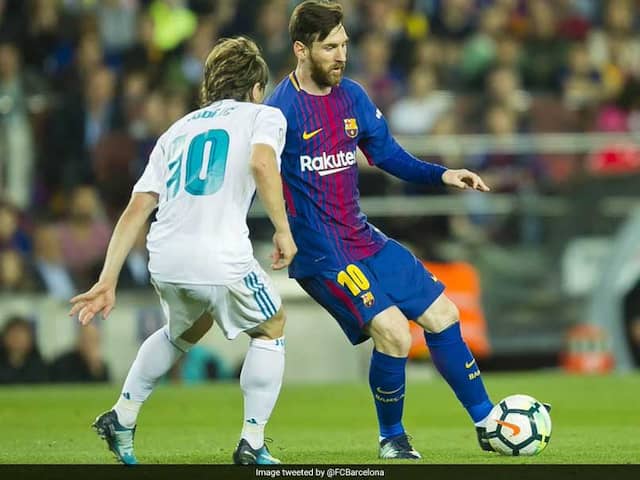 Defending Spanish champions Barcelona will host Real Madrid on October 28 in the first El Clasico of the 2018/19 season, the Spanish football federation said Tuesday. Real Madrid, who finished third in the league, 17 points behind champions Barcelona, will host the second meeting of the two Spanish giants on March 3, the federation added as it unveiled the season calendar. The season opens on the weekend of August 18-19, and ends on May 18-19. The Spanish capital's derbies will be at Real's Santiago Bernabeu on September 30 and at Atletico Madrid's Wanda Metropolitano on February 10.

Ernesto Valverde's Barcelona will take on Alavés at Camp Nou on the first weekend of the season the 18/19 August, a week after the Spanish Super Cup clash with Sevilla in Morocco.

For the first time La Liga will follow an asymmetric league schedule, meaning that the games from the first half of the season will not be repeated in the second half of the campaign.

For example, the first Clasico of the season will be played on Match Day 10, on 27/28 October at Camp Nou but the return fixture in the Santiago Bernabéu against Real Madrid will take place on Match Day 26 on 2/3 March.

Meanwhile, the first Seville derby will be between Real Betis and Sevilla FC on the weekend September 1-2 at the Estadio Benito Villamarin, with the return fixture on April 13-14 at the Sanchez Pizjuan.

The Copa del Rey final will be held on May 25 at a yet-to-be determined stadium.