Maurizio Sarri was visibly angry as Kepa Arrizabalaga refused to follow orders from the touchline. 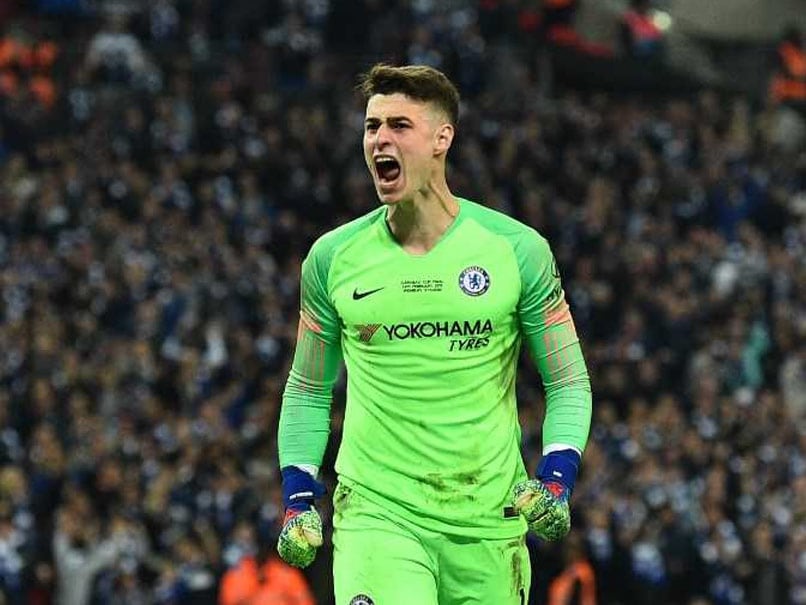 Maurizio Sarri repeatedly gestured at Kepa Arrizabalaga to come off but was forced to give in.© AFP

Chelsea goalkeeper Kepa Arrizabalaga resisted manager Maurizio Sarri's attempt to substitute him in extra time of the Carabao Cup final against Manchester City on Sunday. A visibly furious Sarri even started making his way towards the tunnel before turning back to take his place on the touchline towards the end of extra-time. Sarri was preparing to bring on reserve keeper Willy Caballero in place of the world's most expensive goalkeeper ahead of a penalty shootout. Arrizabalaga went on to save Leroy Sane's spot kick but Raheem Sterling netted the winning penalty as Manchester City were crowned Carabao Cup champions for a second year running with a 4-3 shootout win.

Sarri repeatedly gestured at Kepa to come off but was forced to give in. 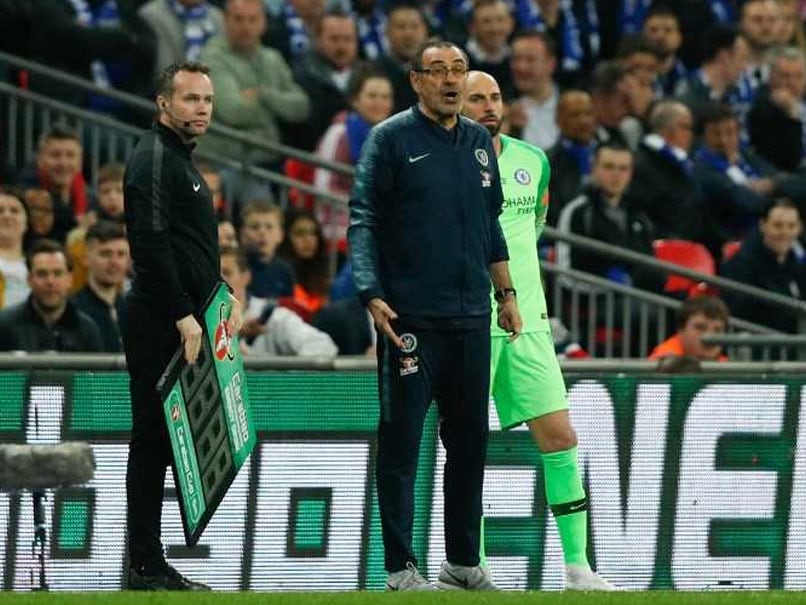 Sarri was visibly furious when Kepa refused to leave the field after needing treatment, but the Italian coach later claimed his anger was the result of a "misunderstanding".

"At no time has it been my intention to disobey the coach or any of his decisions," Kepa wrote in a statement issued on Twitter.

"I think everything has been misunderstood in the heat of the final part of the match for a title.

"The coach thought I was not in a position to play and my intention was to express that I was in good condition to continue helping the team, while the docs that had treated me arrived at the bench to give the message.

"I feel the image that has been portrayed was not my intention. I have full respect for the coach and his authority."

However, speaking after the match, Sarri suggested that it was a communication issue that caused the problem.

"In that situation there was a big misunderstanding," Sarri said.

"I understood there was a problem and we needed a change. I didn't find out until the doctor arrived to the bench after a few minutes.

Manchester City Football Kepa Arrizabalaga
Get the latest updates on IPL Auction 2023 and check out  IPL 2023 and Live Cricket Score. Like us on Facebook or follow us on Twitter for more sports updates. You can also download the NDTV Cricket app for Android or iOS.