AIFF general secretary Kushal Das feels football is a global sport and it is a natural fallout that it will be the sport of choice in India. 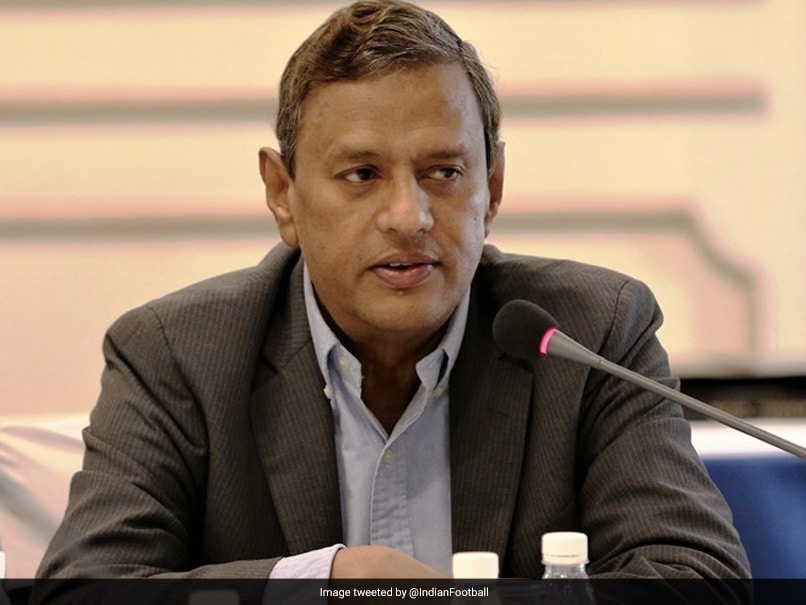 Kushal Das joined the All India Football Federation in 2010.© Twitter

Investment in Indian football has "increased tenfold" in the last decade, asserted All India Football Federation general secretary Kushal Das on Friday and reckoned it will be the country's sport of choice in coming years. The top AIFF office-bearer also said one of its major goals in the near future is to develop the women's game in a big way. When Das joined the AIFF in 2010, the federation was struggling financially with its then commercial partners Zee Sports calling off the association abruptly. "The investment in Indian football since 2010 has probably increased tenfold. The infrastructure, media support including broadcasting has grown significantly," Das told PTI.

"Football is in real terms a global sport and with India's demography and the globalisation, it is a natural fallout that football will be the sport of choice in India.

With the advent of the IWL and national team striker N Bala Devi's foray into top Scottish club Rangers, women's football has started to gain traction in recent times. Das is optimistic about more progress in the future.

"We want to develop women's football in a big way too and while we are in the process of creating a robust domestic structure, we believe that hosting international events like the FIFA U17 Women's World Cup and the AFC Women's Asian Cup will give a big boost to women's football in India."

India are hosting the next Women's U-17 FIFA World Cup in 2022, a tournament the country was supposed to hold last year but was postponed and then cancelled due to the COVID-19 pandemic, leading to the world governing body issuing new dates.

The AIFF recently appointed former India player Abhishek Yadav as its first deputy general secretary, and Das is confident that he would live to the expectations.

"Abhishek Yadav has been working closely with AIFF right from the days of the U-17 World Cup and later on moved to the role of the national team director. It was time for him to move on to a larger role.

"But as you correctly mentioned for a player to take on an important administrative role, it is critical he has the necessary experience, skill and knowledge to do justice. Fortunately for the AIFF, Abhishek has demonstrated very capably the requisite skills," the general secretary said.

Das is also glad that both Mohun Bagan and East Bengal have finally become part of the lucrative Indian Super League, saying it is only fair that the two traditional powerhouses of Indian football are playing in the country's top league.

"We have now established a roadmap for club football in India which is accepted by all stakeholders and in the process of being implemented.

"It was very important that the two legacy fan bases clubs of India play in the top league as soon as possible. I am happy that we have achieved this before the deadline."

Going back to the time when he joined Indian football administration, Das said the country's sport then "lacked a structured youth development programme".

"I think it was clear when I joined that what Indian football lacked was a structured youth development program. Most clubs, including some of the bigger ones, did not focus on player development.

"It was imperative that the AIFF set the tone by setting age group residential academies. I am happy that FIFA supported us in our endeavours.

"A logical fallout to evaluate the success of the program was to host an international event like the FIFA U17 Men's World Cup."

Speaking about the highlights of his tenure, he said, "After I joined, my main focus was to create a strong, robust and professional organisation which is absolutely necessary in any field today.

"I was fortunate that AIFF under my predecessor was already on the path to becoming a professional organisation.

"I am glad to say that we have largely achieved this objective and the AIFF is easily one of the most professional federations with a proper strategic plan to achieve its vision and mission."

He said being able to host the men's FIFA U-17 World Cup in 2017 is something he will cherish forever.

"I am glad that we have been able to create a proper youth development structure with baby leagues and age group leagues. Most clubs and academies now have a big focus on youth development.

"Getting a marketing partner like FSDL (Football Sports Development Limited) has helped immensely in enhancing the commercial structure of Indian football significantly. Of course, I will always cherish hosting the U17 World Cup."

"The role of all stakeholders, clubs, fans, FSDL, MYAS (sports ministry) and the media has been significant to taking football where it is now. I am sure the support will continue to take Indian football to the place it deserves."

"I am fortunate that AIFF has a very proactive president (Praful Patel) and an executive committee who are committed to this vision. Of course, the long-term objective is to play in the men's and women's World Cup as soon as possible."

India Indian Super League Football
Get the latest updates on ICC T20 Worldcup 2022 and CWG 2022 check out the Schedule, Live Score and Medals Tally. Like us on Facebook or follow us on Twitter for more sports updates. You can also download the NDTV Cricket app for Android or iOS.