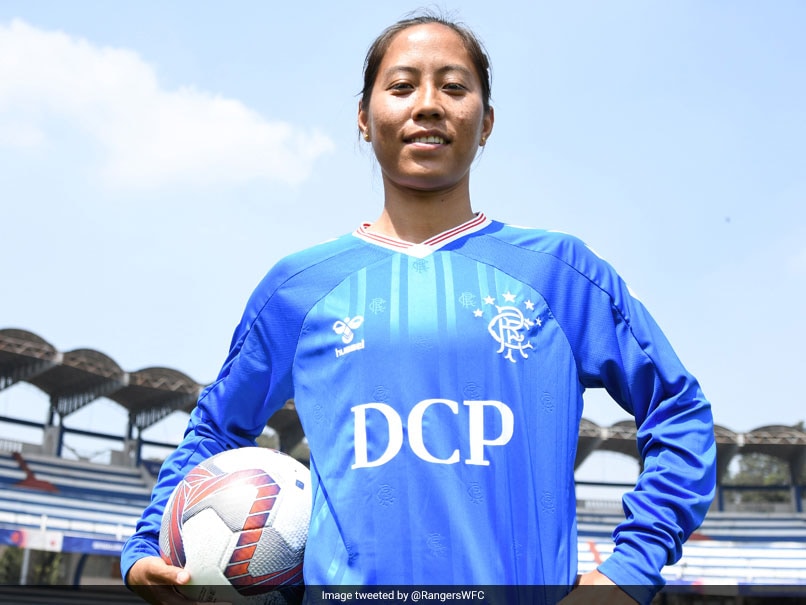 The Indian women's football team striker Bala Devi feels that the upcoming FIFA U-17 Women's World Cup in 2022 will bring in a fresh change in Indian parents' mindset about motivating their daughters to embrace the sport. In another effort to take Indian football forward, the All India Football Federation (AIFF) is on the cusp of hosting the second FIFA World Cup in five years in India. The 30-year-old striker feels that it will help the country shine on a global stage. "Earlier, we didn't see many girls play football. Now the numbers have gone up significantly. In the FIFA U-17 World Cup, more girls from various countries will come to India and our girls will get an opportunity to rub shoulders with the world's best. That will help change the overall mindset," the Rangers Women FC forward explained during an AIFF TV chat.

"It (World Cup) will make India shine brighter. All the boys who played in FIFA U-17 World Cup in 2017 are competing in the top tier league now. I believe it will be a great opportunity for our girls to get noticed internationally, let alone in India," she added.

She even recalled how she was criticised for playing football but her father, who himself was a state-level footballer, defied criticism to help her attain her dream of being a footballer.

"I used to play with the local boys initially. Many people started talking about my playing and started criticising me. My father was a footballer and he used to motivate me always. Even today, he is my go-to person for any kind of football query, however silly it may be," said the 30-year-old.

"He taught me to think about football 24/7 and even sleep with a ball in the bed. Sometimes, I even kicked in the middle of sleep and that's how the passion grew within me.

"I would request all the parents to encourage and back their children so they can attain their dream," she added.

Praful Patel, AIFF president, and Kiren Rijiju, India's sports minister interacted with the current U-17 Women's National team and laid down a detailed plan for the days to come.

Bala lauded the efforts to strengthen the resolve of the young footballers.

"Patel sir has always worked hard to elevate Indian football in the continent. Earning the hosting rights of the U-17 World Cup for men and women has put India in an admirable position in the continent nevertheless," said Devi.

"His plans for the current U-17 batch underlines the long-term planning of AIFF for women's football and I want to sincerely thank Praful sir for his constant support to women's football," she added.