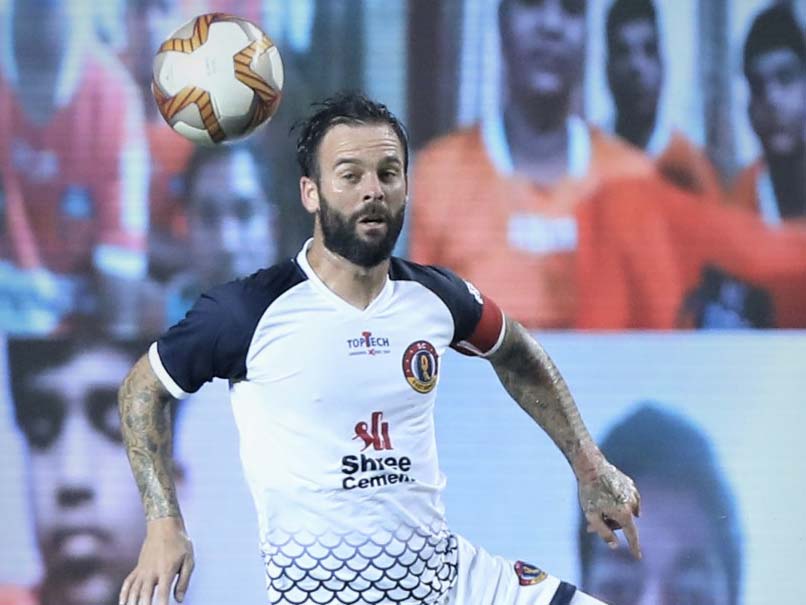 Danny Fox's red card in the 1-1 draw with FC Goa was overturned by the AIFF's Disciplinary Committee.© AFP

SC East Bengal defender Danny Fox will be available for Saturday's Indian Super League (ISL) clash against Bengaluru FC, after his red card in the 1-1 draw with FC Goa was overturned by the All Indian Football Federation's (AIFF) Disciplinary Committee. "The AIFF body reviewed video clippings of the incident upon the club's appeal against the decision and was satisfied there was neither any intentional serious foul or violent conduct on Fox's part," the ISL said in a release. On-field referee decisions are usually not to be reviewed unless there is persuasive evidence that there has been gross error apparent, negligence, arbitrariness, malice, or bad faith in arriving at such decision, as per CAS charter.

"The Committee was convinced that Fox's sending off after his sliding tackle on FC Goa's Alexander Romario Jesuraj was ''an error apparent on the part of the referee and calls for rectifying the same in the interests of fair play'' and necessitated overturning of the red card and the subsequent 1-match ban," the release added.

In what was initially a cagey contest against Goa, East Bengal had taken the lead through Bright Enobakhare's (79') stunning solo goal. But Goa fought back with a goal from substitute Devendra Murgaonkar (81') to deny their opponents a second successive win, who were brought down to 10 men in the second half.

Fox is now eligible for selection in SC East Bengal's 10th round encounter against Bengaluru FC at the JL Nehru Stadium, Fatorda on Saturday.

Bengaluru FC Football
Get the latest updates on IPL Auction 2023 and check out  IPL 2023 and Live Cricket Score. Like us on Facebook or follow us on Twitter for more sports updates. You can also download the NDTV Cricket app for Android or iOS.