Harry Kane says players are waiting for safety guidance from the Premier League after the government said it was "opening the door" for the return of football next month. 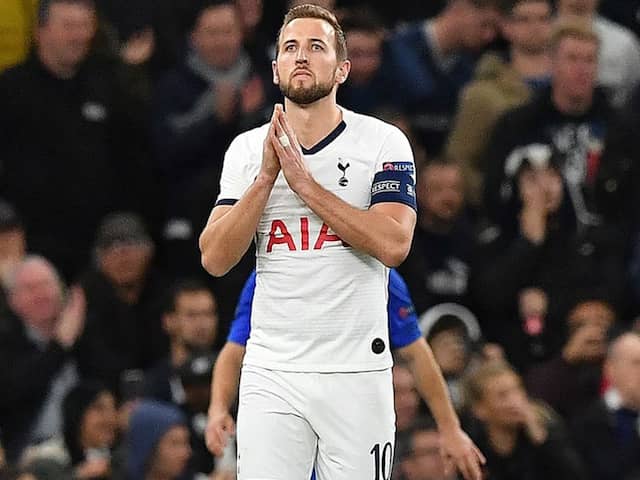 England captain Harry Kane says players are waiting for safety guidance from the Premier League after the government said it was "opening the door" for the return of football next month. Culture Secretary Oliver Dowden said Thursday's meeting with the Football Association, Premier League and English Football League had "progressed plans for the resumption of the professional game in England". The Premier League hopes for a return to action on June 12, with matches played behind closed doors. Tottenham striker Kane is willing to take the next step, moving from individual training to small group sessions, but suggested more information was needed.

"I don't think anyone knows the right answer at the moment," he told ITV's Good Morning Britain programme.

"I think the majority of players are looking forward to playing again as soon as possible but we know we want it to be as safe as possible too.

"From what I have heard -- obviously I haven't seen too much of my team-mates -- at the moment everyone is OK. We want to see how the Premier League gives us a plan and what that looks like."

Kane confirmed that he, along with the rest of the Spurs squad, had taken initial tests for coronavirus, with no positive results following their return to training.

"About a week ago we started going to the training ground, we were allowed to have one-on-one training with one member of staff on one pitch, self-distancing from everyone," he said.

"We had tests on Monday, all the players and staff had tests, and everyone came back negative, which was great."

Kane said Liverpool's 25-point lead would make them worthy champions however the 2019/20 campaign ends, with the absence of their fans from the conclusion to the season a necessary evil because of the pandemic.

"Liverpool deserve to lift the title and with their fans missing it will be a strange situation. But we've not been through a time like this in our lifetimes," he said.

"I guess if we want to finish the season then we are going to have to do that."

Kane also revealed he had been contact with team-mate Dele Alli after the Spurs midfielder was burgled at knifepoint.

"I think he's a little bit angry. He said the most important thing was that he was OK, his family was OK and nobody was hurt. But it's horrible to hear, especially when it's someone close to you," Kane said.

Tottenham Hotspur Harry Kane Football
Get the latest Cricket news, check out the India cricket schedule, Cricket live score . Like us on Facebook or follow us on Twitter for more sports updates. You can also download the NDTV Cricket app for Android or iOS.