Glyn Pardoe was Manchester City's youngest player ever, having made his debut against Birmingham City in 1962 aged just 15 and 341 days old. 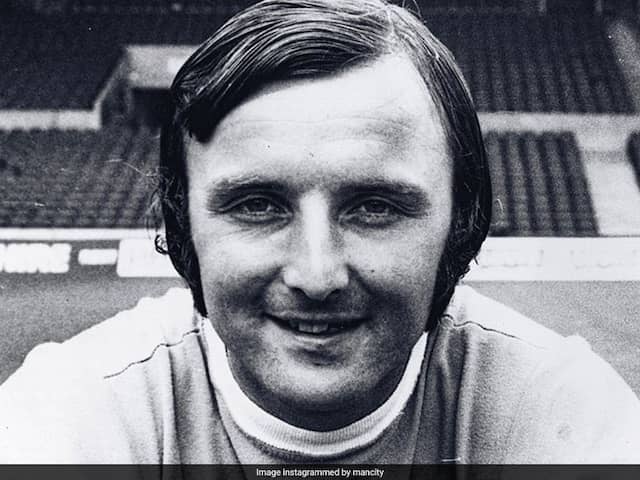 Glyn Pardoe was an integral figure in Joe Mercer and Malcolm Allison's side in the late 1960s.© Instagram

Manchester City on Tuesday announced that the club's former player Glyn Pardoe has died at the age of 73. The club said Pardoe died suddenly in the early hours of Tuesday morning. Pardoe was the club's youngest ever player, having made his debut against Birmingham City in 1962 aged just 15 and 341 days old. He was an integral figure in the Joe Mercer and Malcolm Allison side of the late 1960s, winning trophy after trophy and he scored in the 1970 League Cup final against West Brom at Wembley.

He was a right-footed left-back and has often been described as one of the best England football players never to win a cap.

In a career spanning 14 years from 1962 to 1976, in total, Glyn made 380 appearances for Manchester City, his only club, and netted 22 goals, before a bad injury curtailed a glittering career.

The club's ambassador Mike Summerbee led the tributes and termed Pardoe as a ''wonderful person''.

"Glyn was our youngest ever player and he was a superb footballer... He used to play as a forward because he loved scoring goals and in training, he would always be upfront," the club's official website quoted Summerbee as saying.

"He was a wonderful person - very shy and quiet and he underestimated himself as a footballer and his contribution to this football club was outstanding," he added.

West Bromwich Albion Football
Get the latest Cricket news, check out the India cricket schedule, Cricket live score . Like us on Facebook or follow us on Twitter for more sports updates. You can also download the NDTV Cricket app for Android or iOS.