Defending champions Manchester United advanced to the fifth round of FA Cup after defeating Wigan Athletic 4-0. 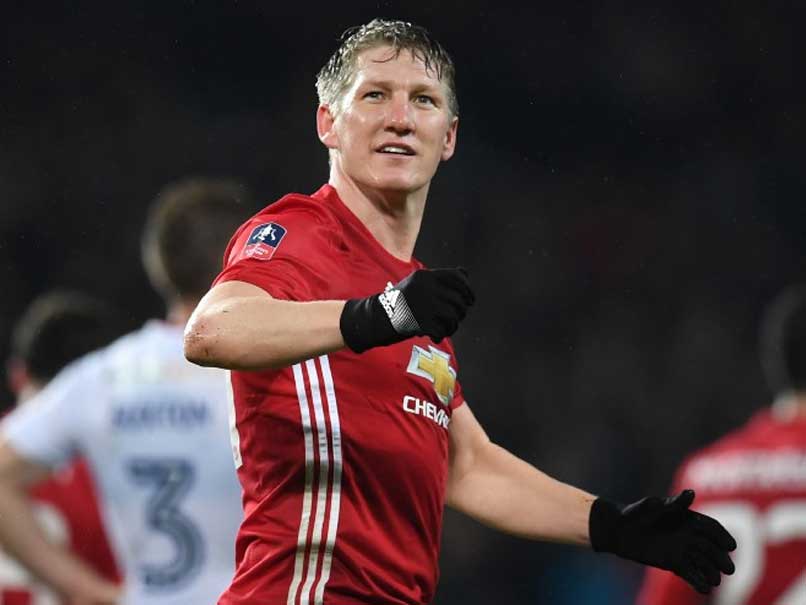 Headers from Marouane Fellaini and Chris Smalling, and second half efforts from Henrkih Mkhitaryan and Bastian Schweinsteiger ensured holders Manchester United enjoyed a comfortable 4-0 fourth round FA Cup victory against Wigan on Sunday. For German World Cup winner Schweinsteiger it was a rare sweet moment since Jose Mourinhotook over -- he banished him at one point to train away from the first team before welcoming him back into the fold at the end of October -- scoring on his first start in 385 days. The scoreline flattered Jose Mourinho's side slightly as his much-changed starting XI struggled to break down the Championship visitors for nearly all of the first half.

But ultimately, United still have a chance of becoming just the sixth team to retain the trophy following a routine win.

Fellaini struck in the 43rd minute of a first half in which the Premier League side failed to play with any real rhythm or pace.

That was probably not surprising given Mourinho had made nine changes from the side that advanced to the final of the League Cup despite losing at Hull in last Thursday's semi-final second leg.

United spent most of that first half looking like a team that had never played together before and, when the opening goal did finally come, it was from a very direct approach.

At the end of a long passage of play, which had United supporters showing their impatience, the ball was worked to Schweinsteiger on the right and his high, deep cross was met by the Belgian who beat marker Callum Connolly and headed powerfully into the goal.

It was Fellaini's second goal of the season, the midfielder having also scored an important cup goal in the first leg semi-final win over Hull.

Not until Smalling struck, in the 58th minute, could Mourinho relax after Wigan failed to clear a Wayne Rooney corner and Anthony Martial darted into the Wigan penalty area.

His perfect chip into the six-yard area was met by Smalling, still in position following the set-piece, and the England international made no mistake from close range.

Wigan began to wilt under the United pressure, especially when they pressed forward in search of a route back into the tie, and fell to a devastating counter-attack after 73 minutes.

Man of the match Mkhitaryan and Martial exchanged passes as they galloped into Wigan territory, leaving the former with the opportunity to practically walk the ball past Jakob Haugaard into the Wigan goal.

Another Rooney corner caused problems with nine minutes remaining and was headed goalwards by United substitute Ander Herrera for Schweinsteiger to swivel and force the ball home from six yards.

Comments
Topics mentioned in this article
Manchester United Wigan Athletic Bastian Schweinsteiger Marouane Fellaini Chris Smalling Football
Get the latest updates on Fifa Worldcup 2022 and check out  Fifa World Cup Schedule, Stats and Live Cricket Score. Like us on Facebook or follow us on Twitter for more sports updates. You can also download the NDTV Cricket app for Android or iOS.