Anthony Martial Should Listen to me Not Agent: Jose Mourinho

Anthony Martial was United's top scorer last season with 17 goals, but his equaliser in Saturday's 2-1 home win over Middlesbrough was just his second Premier League goal of the season and fifth in all competitions. 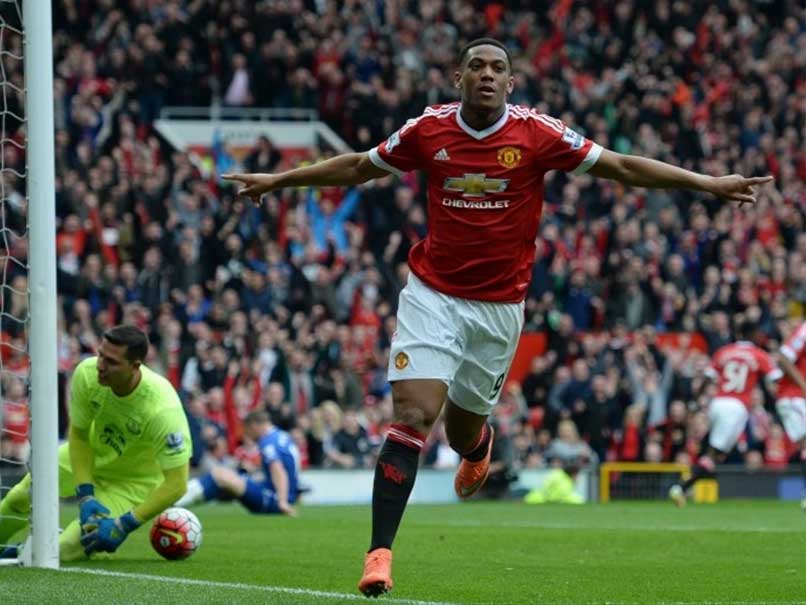 Anthony Martial has been in poor form for Manchester United this season.© AFP

Jose Mourinho, Manchester United manager, has warned forward Anthony Martial he must listen to him rather than his agent if he wants to be a success at Old Trafford.

Martial was United's top scorer last season with 17 goals, but his equaliser in Saturday's 2-1 home win over Middlesbrough was just his second Premier League goal of the season and fifth in all competitions.

And Mourinho believes the French player's agent Philippe Lamboley is a problem amid reports he is "studying" an option for Martial to move to Sevilla.

"Anthony has to listen to me and not listen to his agent," said former Chelsea boss Mourinho.

"Martial played, he created, he scored. He fought. He was very positive. I know he is a top talent.

"He is a player with amazing conditions to be a top player.

"He has to listen to me in training every day, every feedback I give to try and improve players.

The Portuguese coach said Martial should follow the example of Armenian Henrikh Mkhitaryan who struggled for game time in the early part of Mourinho's reign before finding form with three goals in his past four games.

"With the Mkhitaryan process, I was having almost every day his agent calling me and saying 'Mkhitaryan with you will be a better player'," said Mourinho.

"With Martial every day I read the newspaper and Martial is going to Sevilla, Martial goes on loan, Martial is not happy.

"Martial has to listen to me."

The late turnaround -- reminiscent of the glory years of the watching Alex Ferguson on his 75th birthday -- sealed United's fifth consecutive Premier League victory and they are now unbeaten in 12 matches in all competitions.

"I think it's nice," said Mourinho.

"If the fans remember this not just for Sir Alex's birthday but for the kind of performance we had, I think it's a great tribute.

"It's a very good match to finish the year."

Comments
Topics mentioned in this article
Anthony Martial Manchester United Football English Premier League
Get the latest updates on India vs Australia and check out  Schedule, Results and Live Score. Like us on Facebook or follow us on Twitter for more sports updates. You can also download the NDTV Cricket app for Android or iOS.