Conte leaves with the best win percentage 65.1% of any of Chelsea's managers. 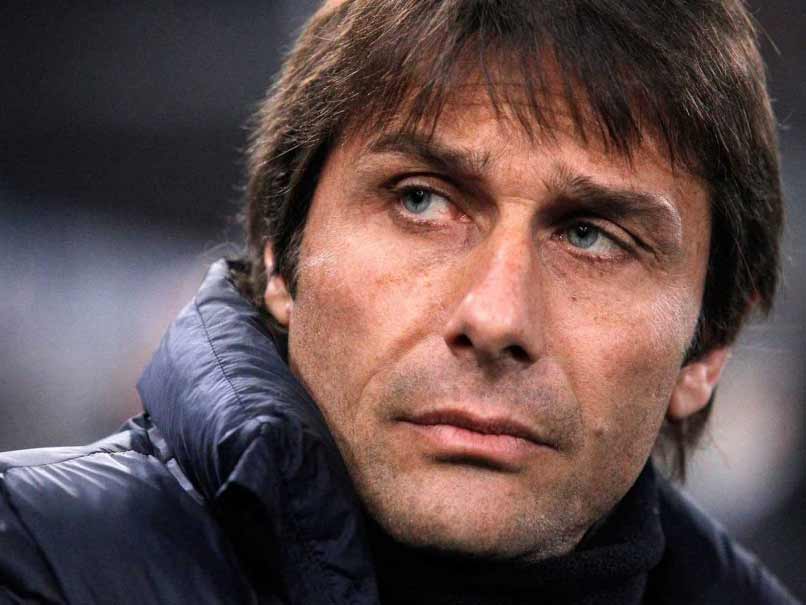 The long-running saga over Antonio Conte's future appears to have been resolved.© AFP

The long-running saga over Antonio Conte's future appears to have been resolved with Chelsea sacking him as manager and appointing Maurizio Sarri, according to media reports on Thursday. The BBC said the 48-year-old Italian's two year reign -- which brought league success in 2017 and the FA Cup last season -- was ending although they added Chelsea would not comment. However, Conte's apparent dismissal drew a response from Chelsea's Cesc Fabregas, who liked a tweet a Chelsea fan posted about Conte having been sacked although the Spanish 2010 World Cup winner subsequently claimed he had liked it by accident.

Conte leaves with the best win percentage 65.1% of any of Chelsea's managers in the Premier League era.

Former banker Sarri, 59, will be Chelsea's ninth full-time manager since Roman Abramovich bought the club in 2003.

Conte -- who had a year to run on his contract -- is seen to have contributed to his own demise by falling out both with the players and the board as the sheen of the title victory quickly disappeared.

His intense training methods angered senior players and he alienated the board with disparaging treatment of Spanish striker Diego Costa and constant carping over the club's failure to replace top players with those of similar ability.

However, while present players may have had issues with Conte, former Chelsea legend John Terry, who left after the league title winning campaign had nothing but praise for him.

"Thank You Boss," Terry posted on Instagram alongside a photo of the two of them holding the Premier League trophy. "Great man, Great manager. I wish you every success in the future."

Sarri has been favourite to succeed his compatriot after impressing as manager of Serie A side Napoli, who have replaced him with former Chelsea handler Carlo Ancelotti.

Sarri, who split his time between banking and playing football before he took up coaching aged 40, has not won a major honour in three years at Napoli but has guided the club to finishes of second, third and second again.

The main reason for the prolonged saga has been compensation.

Conte is due a reported £9million ($11.9million) if he remains out of work for the season and with the major jobs such as Real Madrid and the Italy national post -- which he occupied for two years till after Euro 2016 -- filled it is likely he will sit the year out.

Napoli are also expecting compensation of around £4.5million for Sarri, who is under contract even though he is no longer their coach.

Sarri is believed to have agreed to bring former Chelsea favourite Gianfranco Zola -- whose managerial career has stalled after a series of failures -- along as one of his backroom staff.

They reportedly include Brazil-born Italy international midfielder Jorginho from Napoli, CSKA Moscow's Russian playmaker Aleksandr Golovin and Italian defender Daniele Rugani from Juventus, the side that edged Napoli in the Serie A title race.