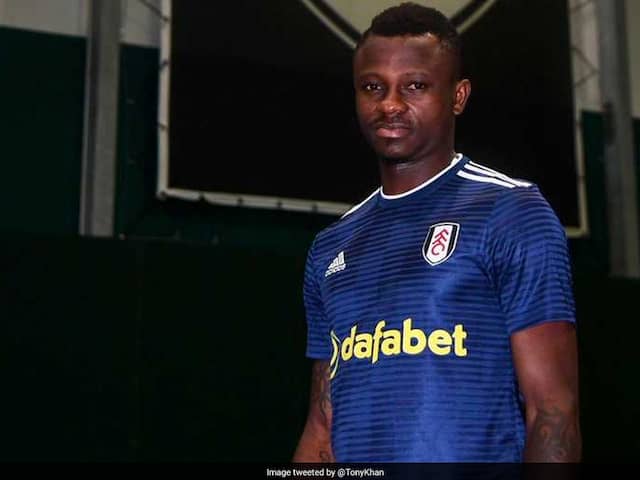 Ivory Coast international Jean-Michel Seri signed for Fulham on Thursday in a real coup for the Premier League new boys as he preferred them to Chelsea and German side Borussia Dortmund. The 26-year-old midfielder signed a four-year contract -- with the option for it to be extended by a year -- with Fulham paying Ligue 1 side Nice a reported £25million ($33million, 28.2million euros). The transfer is subject to international clearance and a work permit for the 16-times capped Seri.

Seri was swayed by the promise of regular first team football and Chelsea's case was not helped by being still in a state of flux over the status of manager Antonio Conte, who has taken charge of training this week even though the belief persists that former Napoli boss Maurizio Sarri is to replace him.

"It was great to get the move finalised," Seri told the Fulham website.

"Now, I'm ready to get started and I am looking forward to meeting the squad and getting to know them, the head coach and his staff better.

"I'm delighted to be here, it's a new adventure that starts for me and I'm hoping it will all go well."

Fulham said they had seen off several top sides to secure the signature of the player who had been their top target for their return to the elite after a hiatus of four years.

"Jean-Michael arrives with Premier League qualities as well as great promise for the future, which is why he has been at the very top of our target list for a long time," said Fulham director of football Tony Khan.

"So, this is a big day for everyone associated with Fulham, and I trust all Fulham supporters are collectively as thrilled and ecstatic as we are that Jean-Michael will be joining our squad as we return home to the Premier League!"