Croatia have now played the equivalent of a whole match more than Didier Deschamps' team ahead of Sunday's final. 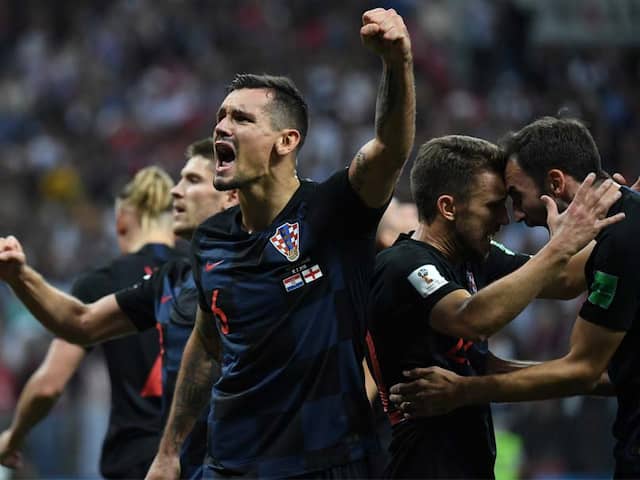 Croatia have relied on mental strength to defy limited resources and become the smallest nation in 68 years to reach a World Cup final, said defender Dejan Lovren. Zlatko Dalic's men have taken the long road to a meeting with France in Moscow on Sunday after three lots of extra-time and two penalty shootouts in the knockout phase to squeeze past Denmark, Russia and England. Born to Croatian parents in the Bosnian city of Zenica, Lovren was forced to flee to Germany at just three years old when the Bosnian War broke out in 1992. His family eventually settled back in Croatia and the Liverpool defender believes a tough upbringing and fierce desire to make the nation of just over four million people proud are key motivating factors. "I think it is our mentality. We went through again a lot... wars, all these things, and even now the situation is not the best. But it is unbelievable how many talents we have in sports," Lovren told reporters after Croatia ended England's World Cup dreams with a 2-1 semi-final win.

"We knew we could write history and we did it. Now there is only one game left to make it forever." Lovren and his teammates have already gone further than Croatia ever have before at a World Cup, but can become legends if they gain revenge for France's semi-final victory in the 1998 World Cup.

French right-back Lilian Thuram scored his only two goals in a storied 142-cap international career in that semi-final 20 years ago.

"I think now in many years people will remember us, not the '98 team. This is what I wanted, this is why I'm proud and I deserve this," added Lovren.

"I was only nine. I remember my mum was screaming and she was crying after the France game. People were talking about Lillian Thuram, where did he come from? Maybe it is our time for revenge."

Having seen off Argentina, Uruguay and Belgium in 90 minutes and had an extra day's rest following their semi-final on Tuesday, France will be heavy favourites to make amends for defeat to Portugal on home soil in the final of Euro 2016 on Sunday.

However, Croatia have grown used to beating the odds and will relish the role of underdogs once more.

"France are definitely the favourites, there is no hiding from that, but we like that," added Lovren. "We like to be the underdogs from day one.

"Without being arrogant. I think if you are in the final, you are the two best teams in the world."

Dejan Lovren 2018 FIFA World Cup Croatia vs England, Semi-Final 2 Football
Get the latest Cricket news, check out the India cricket schedule, Cricket live score . Like us on Facebook or follow us on Twitter for more sports updates. You can also download the NDTV Cricket app for Android or iOS.