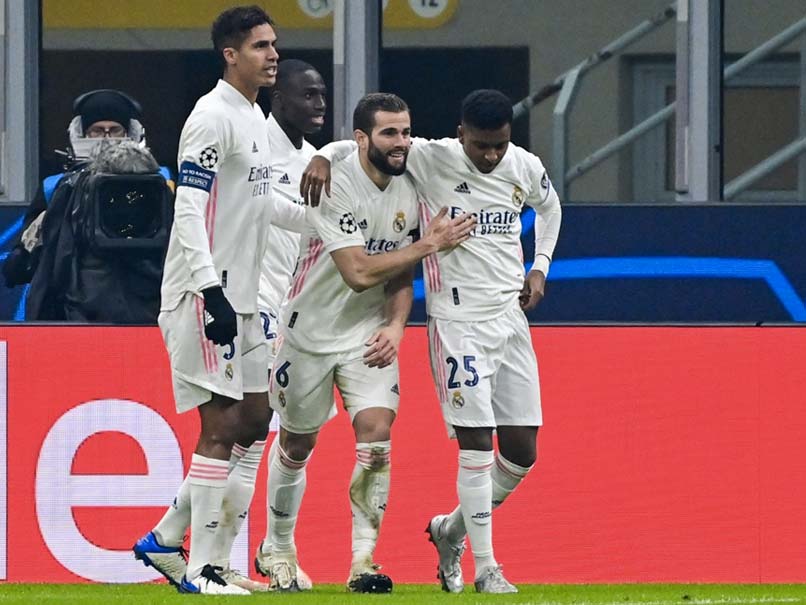 Zinedine Zidane praised his side's performance as one of the best this season as Real Madrid closed in on the Champions League last 16 on Wednesday with a 2-0 win against 10-man Inter Milan that pushed the Italians to the brink of elimination from the competition. Eden Hazardput Real ahead with a penalty after just seven minutes at San Siro and an Achraf Hakimi own goal doubled their lead as the Spaniards brushed off the absence of injured captain Sergio Ramos and Karim Benzema. "They told us that you don't win in the Champions League without Sergio Ramos, and this evening we did it," said Zidane.

Inter coach Antonio Conte admitted his side had been given a "mountain to climb" as they played over an hour a man down after Arturo Vidal was sent off.

"Leaving a team with 10 after 30 minutes is to kill them," Conte said.

The Chilean midfielder had argued for a penalty after going down in the box but instead received two yellow cards for dissent.

Before that Hazard finally netted his first Champions League goal for Madrid from the spot after Nacho had been brought down.

Rodrygo then came off the bench and forced Hakimi to divert the ball into his own net against his former club for the second goal just before the hour.

"I don't know if this is our most complete match of the season or not, but we produced a great performance from start to finish, intense and serious," said Zidane.

"We knew that these were three super-important points for us and that drew the best out of my team."

Real, the record 13-time European champions, move second in Group B with seven points from four games, one point behind Borussia Moenchengladbach, with Inter bottom on just two points.

Zidane's team had taken just one point from their first two games after losing to Shakhtar Donetsk and drawing against Gladbach, but followed on here from their 3-2 win over the Italians in Spain.

The defeat was a reality check for Conte's Inter against his former Juventus teammate Zidane's La Liga champions.

"I think we saw a difference between us and them. This should not overwhelm us, it must make us understand that there is a way to go. We must work, be eager and humble to understand at what level we are," said Conte.

"We must not let ourselves be distracted by alarm bells coming from the outside, the only way to go is the path of work and growth."

Conte's side are nevertheless close to a third consecutive elimination in the group stage.

"The situation is difficult, but there is always hope," said Inter goalkeeper and captain Samir Handanovic of his side's hopes of reaching the last 16.

A minute's silence took place before kick-off in honour of Diego Maradona, who died Wednesday aged 60.

Maradona's death was "a huge loss for the world in general, and the world of football," said former French World Cup winner Zidane, 48.

"I have the 1986 World Cup engraved in my head. It touches us deeply, we are sorry, especially for his family. I have no words. We are very sad about this news."

Former Italy international Conte, 51, added: "We are all shedding tears for a person who has certainly made football history and will remain forever in football history.

"We are talking about the poetry of a footballer who I also had the pleasure of playing against."

Inter Milan Eden Hazard Football
Get the latest updates on ICC T20 Worldcup 2022, check out the Schedule and Live Score. Like us on Facebook or follow us on Twitter for more sports updates. You can also download the NDTV Cricket app for Android or iOS.