Bundesliga: Bayern Munich suffered their first loss of the season on Saturday with a shock 1-2 home defeat by Hoffenheim. 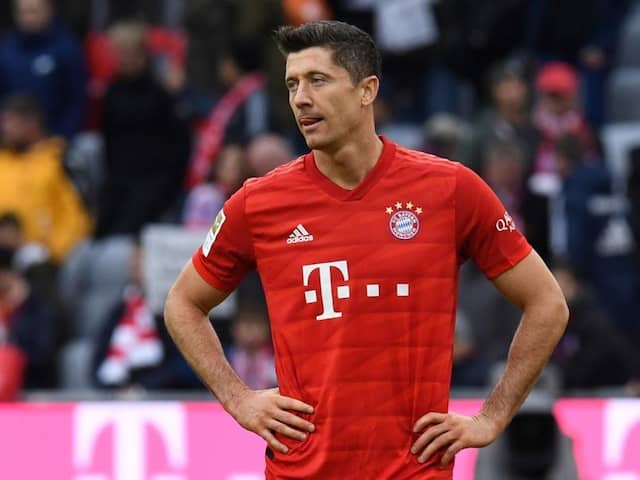 Four days after thrashing Tottenham in Europe, Bayern Munich suffered their first loss of the season on Saturday with a shock 1-2 home defeat by Hoffenheim in the Bundesliga. Second-half goals by striker Sargis Adamyan sealed a first-ever win at Bayern for Hoffenheim as Niko Kovac's side crashed back down to earth following Tuesday's 7-2 Champions League rout of Spurs. "This is a huge dream for me," said Armenian international Adamyan, who cost 1.5 million euros ($1.6 million) from second-division Jahn Regensburg in May. "The win is very important as we have shown that we can beat anyone in the Bundesliga," he added as Hoffenheim won the first time in five games.

It was Bayern's first home league defeat for almost a year.

Robert Lewandowski equalised with his 11th Bundesliga goal this season, scoring for the seventh straight league game before Adamyan clinched the win with his second late on to stun the Allianz Arena.

"We didn't manage to repeat the good performance we had on Tuesday," admitted Kovac.

"After the break we made too many mistakes and were never able to put pressure on them. Hoffenheim's victory is not undeserved."

Bayern captain Manuel Neuer said the defeat served as "a warning you get nothing for free".

Bayern kept first place in the table only on goal difference ahead of RB Leipzig, Bayer Leverkusen and Freiburg, with the top four teams on 14 points.

Likewise on Sunday both Borussia Moenchengladbach, who face mid-table Augsburg, or Wolfsburg, who are home to Union Berlin, could also finish the weekend top.

In Munich, Hoffenheim deservedly took the lead after Corentin Tolisso lost possession and Adamyan fired past Neuer on 53 minutes.

After Hoffenheim right-back Stefan Posch wasted a chance, Lewandowski equalised on 73 minutes with a towering header.

However, Adamyan fired through the legs of Bayern defender Jerome Boateng, as he had also done for the first goal, to seal the surprise win 11 minutes from time.

Both Leverkusen and Leipzig pulled level with Bayern after their 1-1 draw as Christopher Nkunku came off the bench to rescue visitors Leipzig.

Following losses to Schalke and Lyon over the past week, Leipzig took out their frustrations by battering the Leverkusen goal, yet it was the hosts who took the lead.

Kevin Volland's second-half goal, against the run of play, was cancelled out when Nkunku, on for Timo Werner after a fruitless afternoon for the Germany striker, levelled with a superb finish 11 minutes from time.

Freiburg are joint second with Leipzig after drawing 2-2 at home with Borussia Dortmund, who have drawn their last three league games to drop to seventh.

Dortmund went ahead on 20 minutes when Belgium midfielder Axel Witsel curled a superb volley inside the post from a corner.

Although Freiburg's strong start to the second-half was rewarded by a Gian-Luca Waldschmidt equaliser, Dortmund regained the lead when a cross by Achraf Hakimi cannoned off defender Lukas Kuebler for an own goal on 67 minutes.

However, Dortmund surrendered a late own goal of their own as centre-back Manuel Akanji failed to deal with a cross, watching in horror as a shot by sub Vincenzo Grifo clipped his ankle and wrong-footed goalkeeper Roman Burki on 90 minutes.

Mainz climbed out of the relegation places with a 2-1 win at Paderborn thanks to an early Robin Quaison goal and a first-half Daniel Brosinski penalty.

Robert Lewandowski Serge Gnabry Football
Get the latest Cricket news, check out the India cricket schedule, Cricket live score . Like us on Facebook or follow us on Twitter for more sports updates. You can also download the NDTV Cricket app for Android or iOS.