Jadon Sancho has scored 18 goals with 29 assists in 64 games for Dortmund, who in the current market can expect around 100 million euros for the teenager. 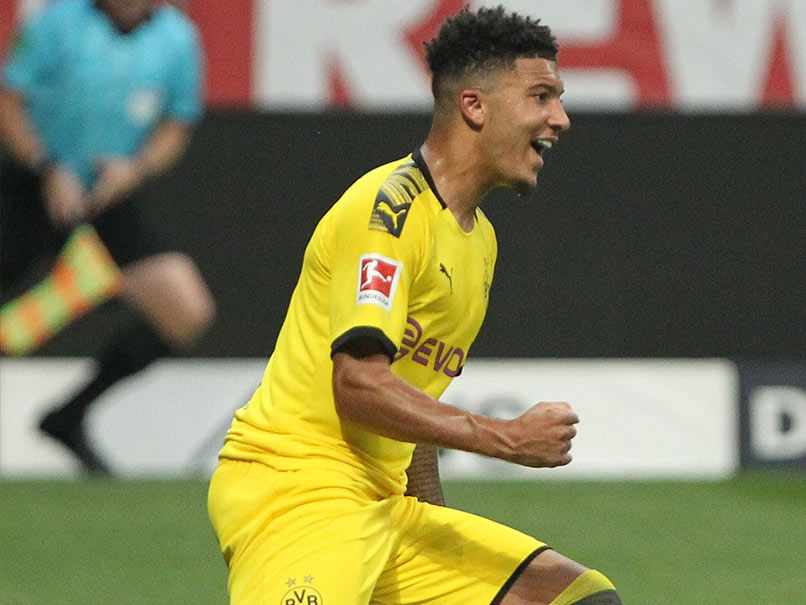 Jadon Sancho had yet to turn 18 when he played his first Bundesliga game over 90 minutes in January 2018.© AFP

Borussia Dortmund expect to lose England winger Jadon Sancho to a Premier League club with both Manchester United and City reportedly tracking the teenager, director of sport Michael Zorc has admitted. After turning down a new Manchester City contract to join Dortmund in August 2017, Sancho, still only 19, made his England debut last October on the back of stunning performances for the German club. He has scored 18 goals with 29 assists in 64 games for Dortmund who in the current market can expect around 100 million euros for Sancho having paid eight million pounds for him after he signed a five-year deal until June 2022.

According to the British media, United and ex-club City are monitoring him.

Sancho has made a great start to the season with four goals and six assists in nine games and Dortmund have reportedly doubled his salary to six million euros per year.

Many fans, however, do not expect the club to hold onto the fleet-footed winger for much longer and Zorc agrees that "the really top clubs" are "not blind".

"You don't have to be a prophet to say that Jadon will certainly not be playing here for another five years," said the Dortmund boss ahead of Wednesday's Champions League game away to Slavia Prague.

Sancho had yet to turn 18 when he played his first Bundesliga game over 90 minutes in January 2018 -- a chance he most likely would not have had so young in England.

"But he knows very well that he took a positive step in his development at Borussia Dortmund," added Zorc.

"I doubt that this would be possible with top English clubs.

"We trust players from an early age and are not afraid to let them play. He (Sancho) acknowledges that."